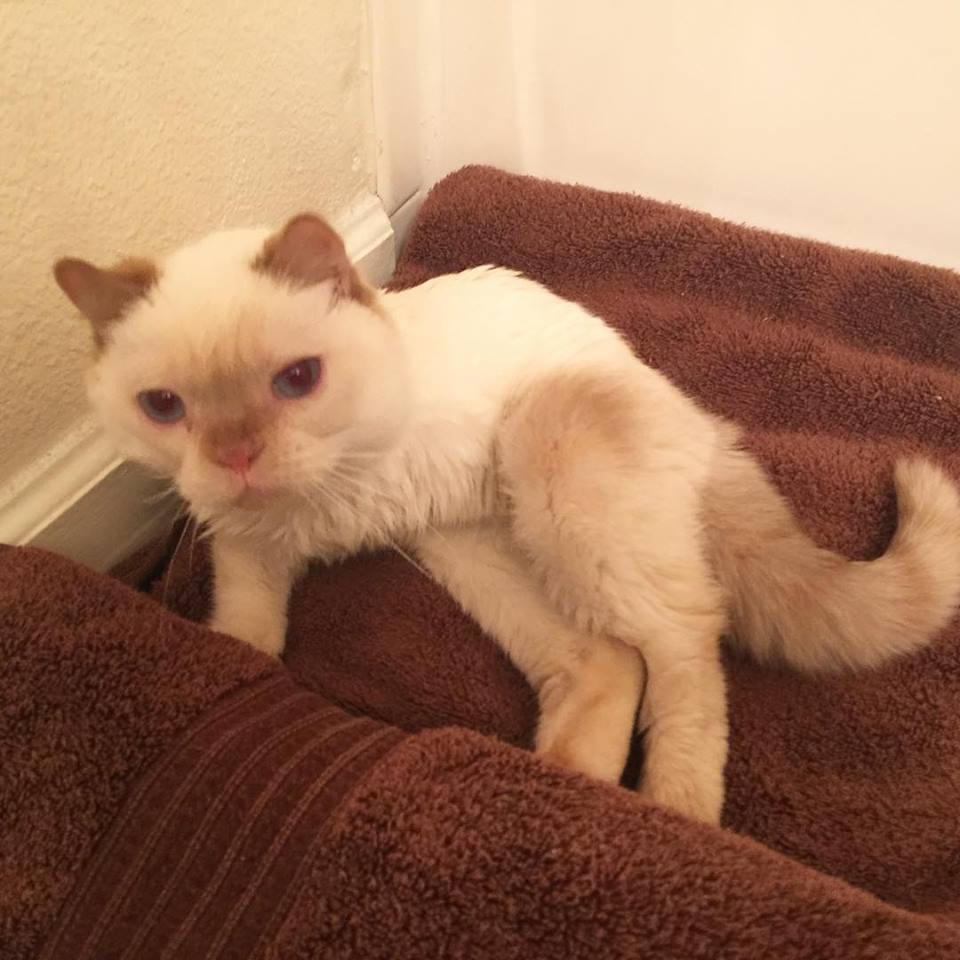 Trident the kitty was found abandoned on February 07, 2016, near death at the entrance to Calico Tanks Trail Head in Red Rock Canyon, NV. He was in an extremely poor condition being malnourished and severely dehydrated. He also turned out to be a 3-legged, special needs cat.

“We do not know how long he was there but when he was found he was too weak to walk or even crawl.” his rescuers wrote on Facebook.

Because of the plaque, gingivitis and missing teeth, the vet estimated that he is anywhere from 6 months to 4 years. He is very tiny.

“We currently have to hand feed him his meals. We have been giving him about two tablespoons of food every two hours. Then we place him in the litter box and hold his head up so his face doesn’t get buried in the litter. At the end of the day, it’s all worth it just to see him live another day.” wrote his rescuers.

With a lot of love and care the kitty started to recover. His rescuers got so much attached with him that they decided to keep him forever!

“YES we still have Trident and nobody has tried to take him from us and nobody will. He is as healthy as can be considering all his issues.”

After a long wait, some back and forth with the vet and lab Trident’s finally have confirmed that Trident does indeed have MPS, a lysosomal storage disease. Affected cats typically show signs of wide faces, shortened noses, small ears and retarded growth. But regardless of what his health status may be, he is truly loved and very well cared for.

“Every time we see this little guys beautiful face it’s so hard to believe that someone would neglect and abandon him. I’m glad we were there at that exact moment to find him.” they wrote.

Trident on his first camping trip!