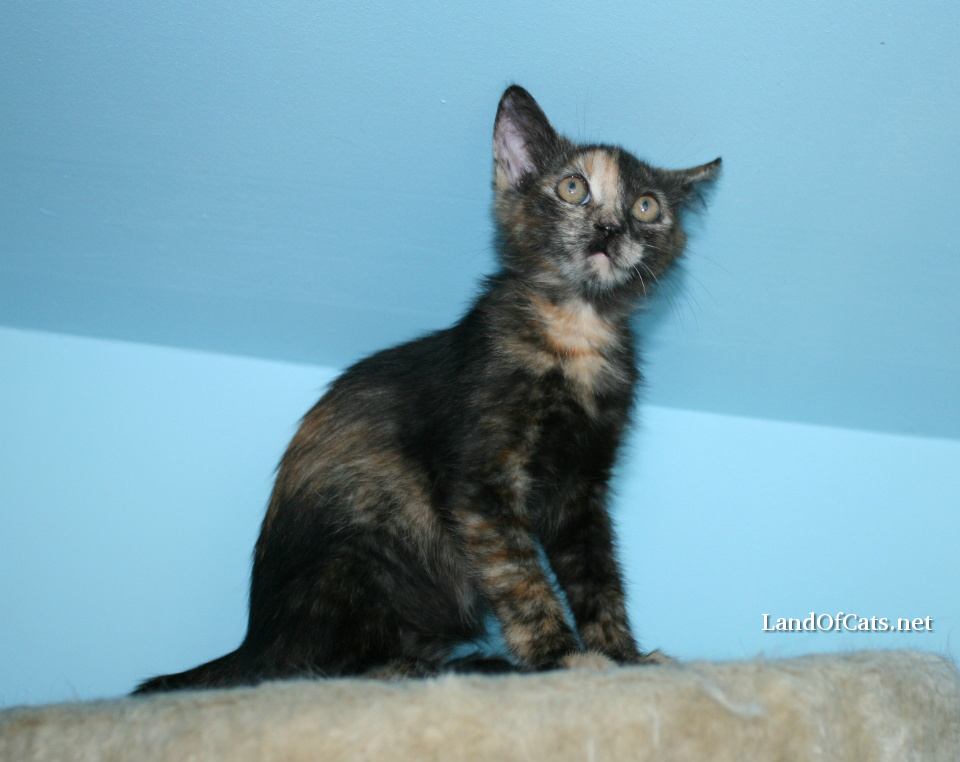 Tortoiseshell cats that are also called Torties, combine two colours other than white, either closely mixed or in larger patches. The colours can be described as red and black, but the “red” patches can instead be orange, yellow, or cream, and the “black” can instead be chocolate, grey, tabby, or blue.

Many breeds can have Tortoiseshell markings. Tortoiseshell cats are almost exclusively females. This happens because, as in humans, female cats have two similar sex chromosomes (XX), while males are XY, with the Y chromosome largely genetically inert (it does carry sex-determining genes). It turns out that the X chromosome carries a gene that affects fur color, and that gene has two forms, a “black” form and an “orange” form.

Even if it seems genetically impossible, there are some rare cases of Torties males cats! According to a study by the College of Veterinary Medicine at the University of Missouri, only 1 in 3000 tortoiseshell cats is male.