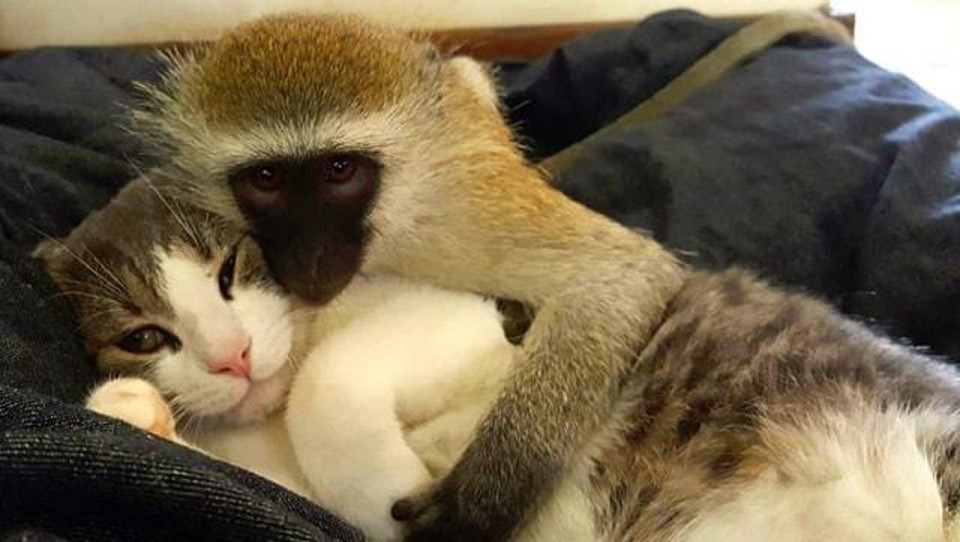 One little monkey named Horace lost his mother when he was very young. Scared and alone, the baby monkey arrived at the Twala Trust Animal Sanctuary, a rescue sanctuary in Zimbabwe.

Sarah Carter, the actual Found of the Sanctuary reported that Horace’s birth mom died when she was hit by a car.

The sanctuary doesn’t have enough personnel to devote individual rehabilitation experts to each rescued species so they decided to raise all the new rescued orphans together, even though some were cats, some monkeys, some dogs, and many others.

The bonds that Horace formed with other animals shocked everyone. Horace best friends are some cats, he prefers their company over that of other monkeys. He learned the meaning of love and friendship from cats!

In the video below you can watch Horace and the beautiful bond that he created with the other animals living in the sanctuary.