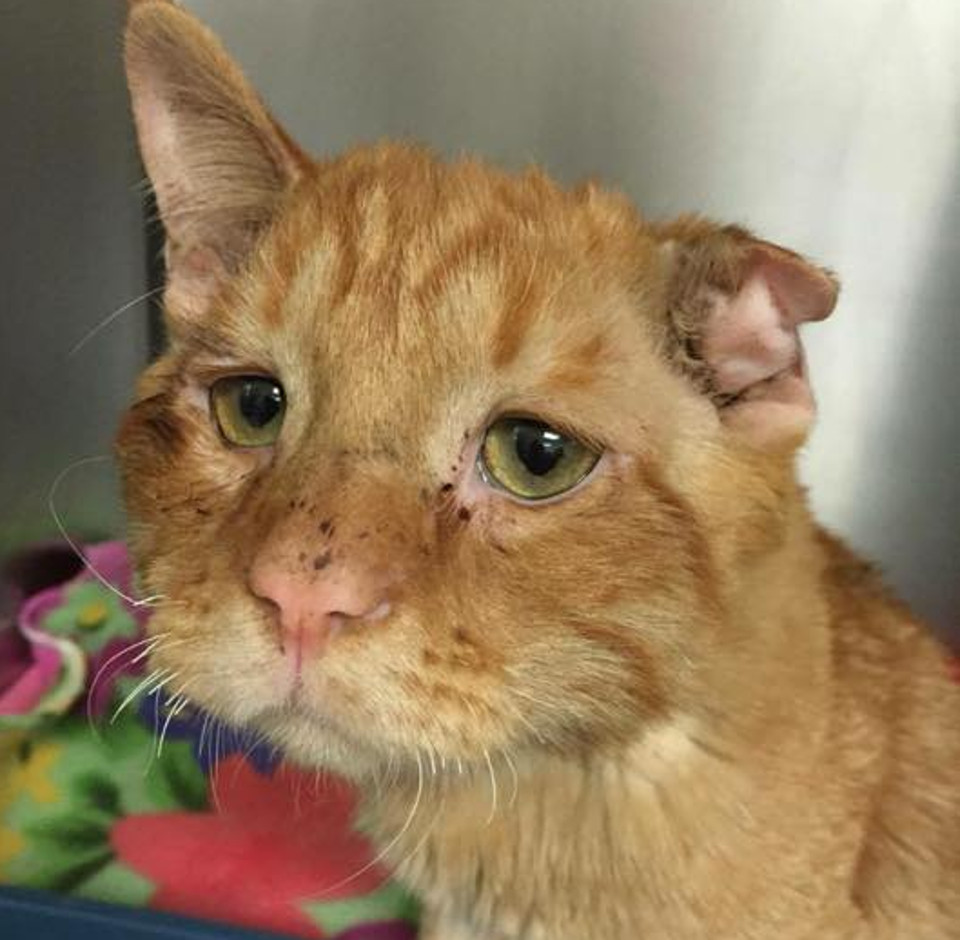 Benben was living a shelter life. He had given up hope that someone would ever take him home because he was ill, he had pain and he was so sad.

Benben was found as stray by a BCSPCA Officer and brought to an ER clinic to receive immediate medical attention for deep lacerations, a crushed spine and cauliflower ear. He was was never suppose to walk again and he was on the list to be next in line to be euthanized.

Sandy Windover, who works at an emergency vet clinic in British Columbia, Canada, laid eyes on BenBen the cat when the rescue worker brought in the stray. His medical conditions made him “unadoptable” but Windover and her boyfriend weren’t about to let that happen. They decided to take Benben home just the way he was.

“We decided to adopt him because we believe everyone deserves a chance! He was so broken and sick and didn’t look like he’d ever been loved!! His face melted our hearts and we knew we had to take a chance on him!”

They were expecting to adopt a cat who wouldn’t eat, drink or even move. As soon as they took him out of the shelter, everything changed.

“He wants to love everyone and he’s so curious about everything. His personality has just grown – he wants to investigate and explore his surroundings and he absolutely loves meeting new people,” she wrote.

Even though the vets said he would never walk again, he can walk and he can even jump small distances! Benben is now living the happy life that he deserves!