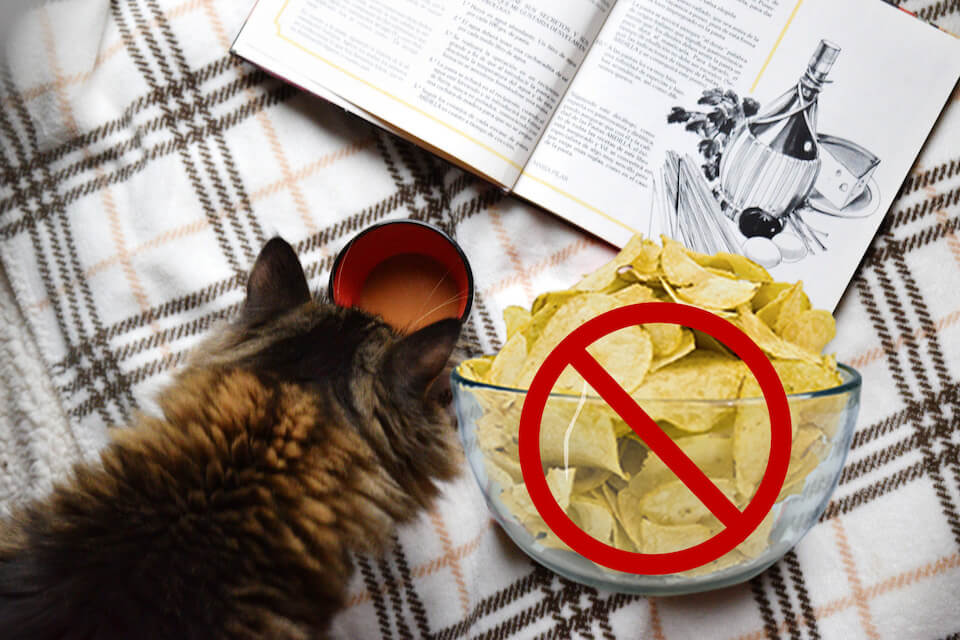 Potato chips are far from healthy for us humans, but what about our feline friends. Can cats eat chips? They are too fatty and salty but they taste good and sometimes it can be hard to resist them. If you are eating chips, then you might not want to eat them all by yourself. So you might think about feeding your cat with some chips.

The question is can our beloved cats eat chips? The short answer would be no, it’s not recommended to feed your cat with potato chips. Potato chips are not suitable for cats for the same reasons they are unhealthy for humans. They contain too much salt.

Making the math, if a cat is eating a single potato chip, she would already reach half of her daily sodium intake need. Her stomach would still feel empty, so she would also eat her regular amount of cat food, which contain sodium as well. So at the end of the day, the cat would have consumed a much bigger amount of sodium than she should have.

In conclusion in very small amounts potato chips are not toxic to cats. However, because of the high sodium content they are not good at all and could harm your cats health. If you care for your cat you shouldn’t give her any chips.

In case your cat has had a good amount of chips, then the best thing that you can do is to go with her immediately at the vet . Your cat might have consumed a dangerous amount of sodium and in this case she should be seen by a vet.