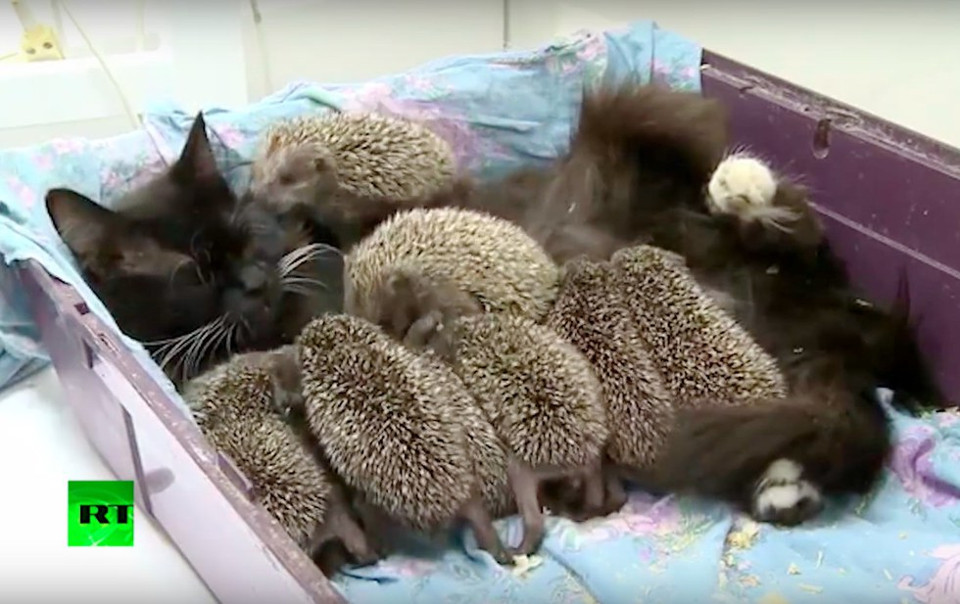 Eight tiny hedgehogs babies were found after their mother was hit by a lawnmower. Caregivers at Sadgorod Zoo in Vladivostok, Russia, rescued them, and tried to feed them, but they refused to eat from a bottle or syringe.

They started to worry the hedgehogs won’t make it so they tried to find them a new mom. Musya the cat had just finished nursing a few foster kittens and still had some milk left, so they placed the hedgehog babies near her, hoping she would let them eat from her.

Musya accepted immediately the tiny babies in need! In just a few seconds after she met them, she encouraged them to nurse. The hoglets are happy now with their surrogate mom’s warmth, love and milk. She’s saved their lives with her unconditional love.