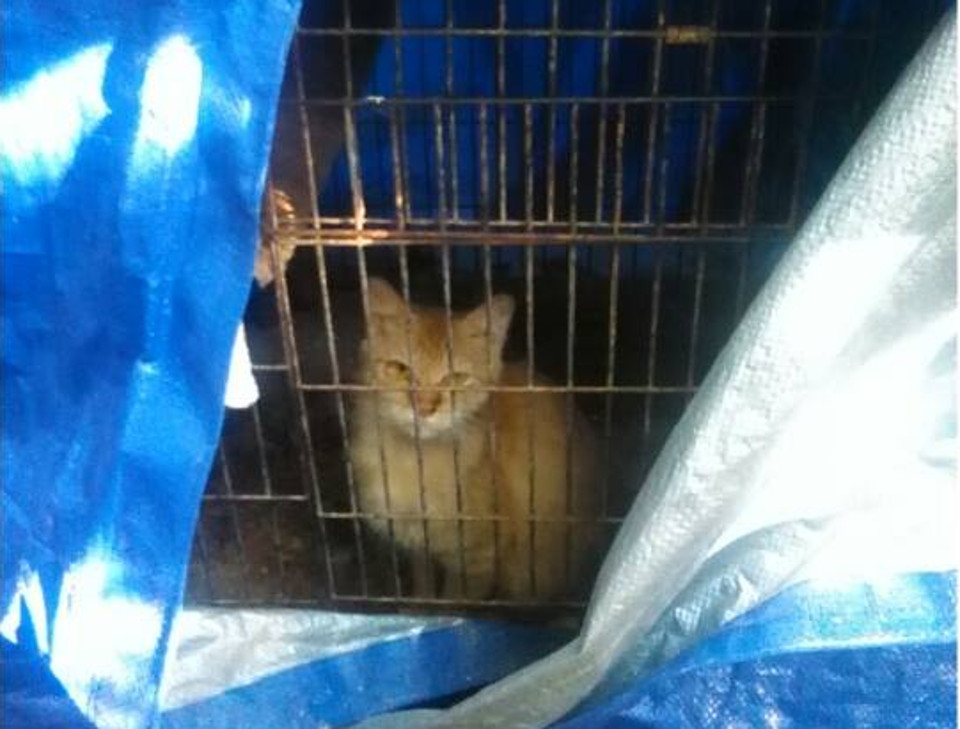 A rescue organization called Furry Nation Salvation received a tip a cat was permanently being kept in a bird cage outside. A team went immediately to investigate.

They couldn’t believe their eyes when they found a ginger cat covered in fleas who had no clean place to rest. She was looking outside to a world she knew nothing about. The team immediately picked up the cat and took her to safety.

They washed her to help her get rid of those fleas faster. At first she would only walk short distances then sit down. She was not used to having the freedom to roam since she was confined to a bird cage her whole life.

At the vet check they found out that she had bladder, upper respiratory, and skin infections due to the environment she was living in. She received proper care and she began to heal. She was named Holly Peppermint.

It didn’t take long before someone was interested in her. Caril Whiting saw her story on Facebook and contacted the organization about meeting her. It was love at first sight!

“THE CAT CONFINED TO A BIRD CAGE HAS FINALLY GOT THE HOME SHE TRULY DESERVED! It is been a month since the adoption took place and it is safe to say that Holly Peppermint has a great life now!” Holly’s rescuers wrote on Facebook.

Never alone again she found her forever home. Holly has now a 10 year old kitty sister to play with as well a dog friend named Duffy. Today Holly is a happy kitty who is playing fetch with her new mom Carol. No longer a name-less cat confined to a bird cage, Holly Peppermint has found the home and the family she truly deserves.

The elderly woman who kept Holly confined to a bird cage is mentally unstable. She is now in poor health and living with her daughter. Never again will this happen.