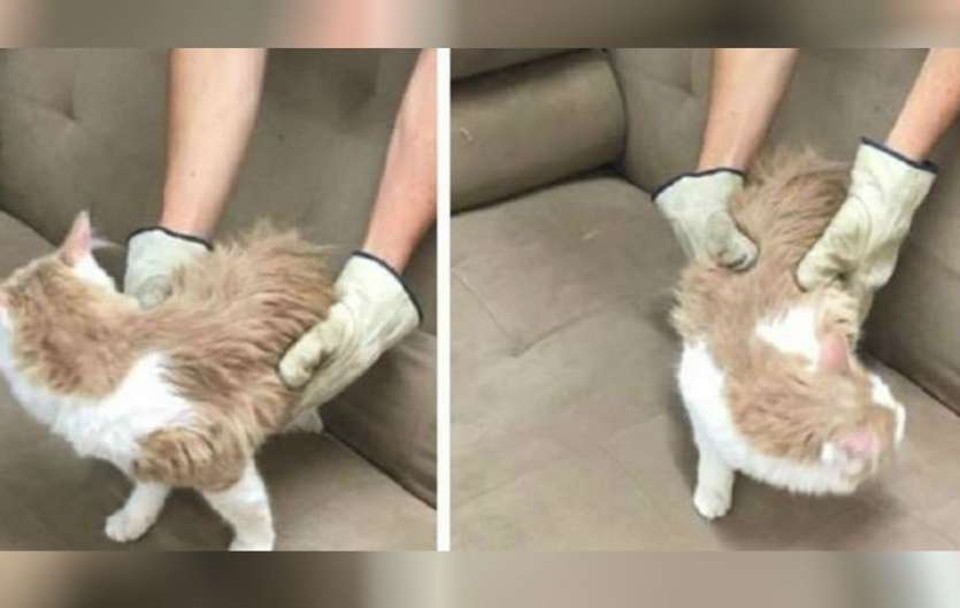 An employee at the store and a huge surprise when he found inside of the donated couch a cat! He said they usually never see the person who donates the items again. So they didn’t know how to contact the cat’s owner. Someone had the idea to post the cat and the story on Facebook and by the power of social media, within only a half an hour, Barbee took her cat back! She never had the intention to give the cat away.