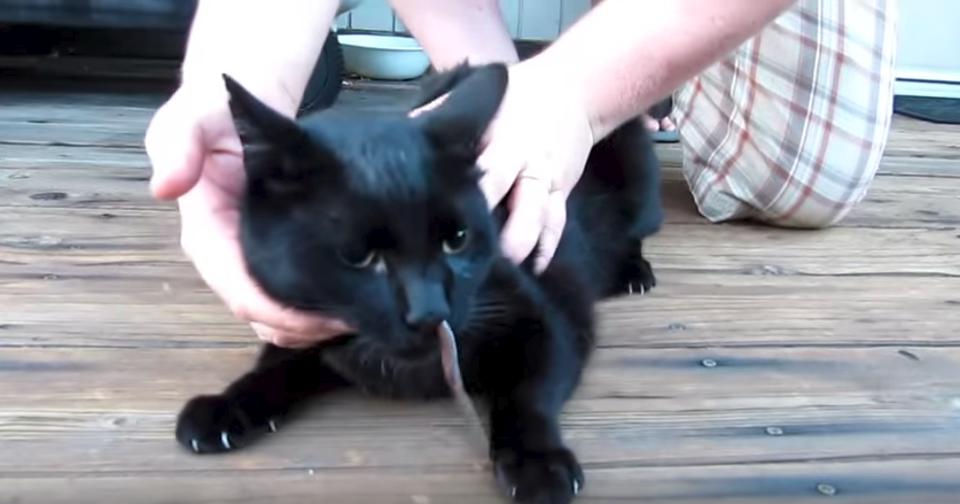 A California man noticed his cat had something caught in her nose. When he took a closer look he identified a snake hanging out of her nose.

“So, this is a cat, who has a snake hanging from her nose,” “Her name is Marian. We don’t know what the snake’s name is.” said the man who filmed the moment.

The men are able to help Marian by pulling the snake out through her nostril.

“My wife’s ridiculous cat failed at eating her prey. Hopefully next time she wont forget to chew. A friend of mine was in town for the weekend and helped catch this on video,” Marian’s dad wrote. “That is the snakes head hanging out. Our best guess is that it tried to get free while she was eating it but only managed to wriggle into her sinuses… And then out her left nostril.”