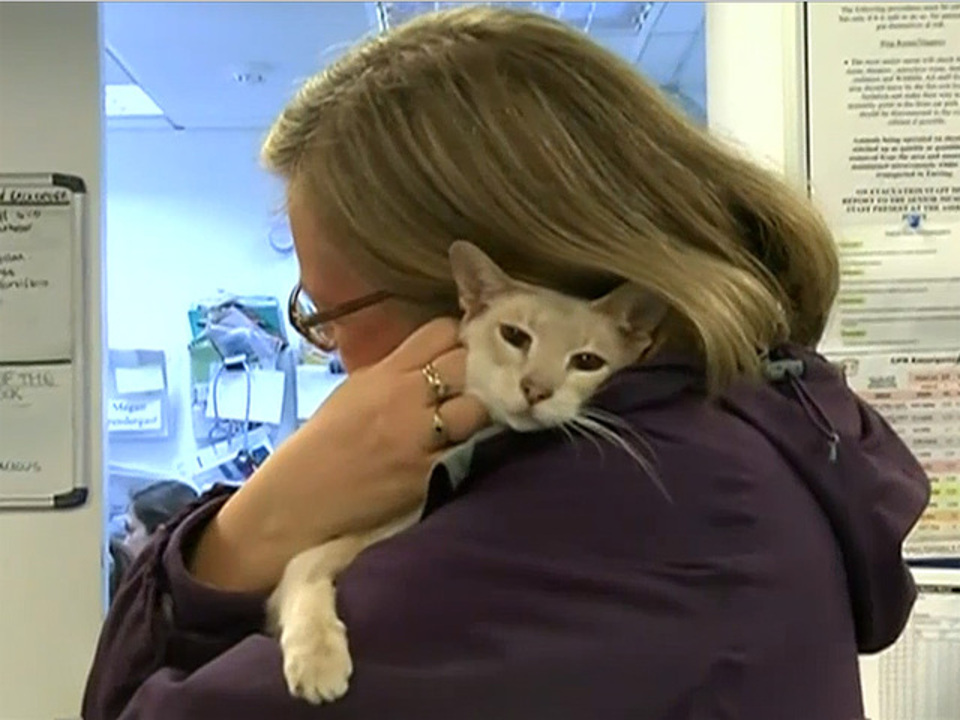 Cupcake is a tough Siamese cat who survived eight days cooped up in a box after being sent by mistake through the mail by her owners.

The cat was in a box with an order of DVDs that was sent from Cornwall in southwestern England to West Sussex in south-central England. Cupcake was found in the box badly dehydrated. The recipient contacted the Royal Society for the Prevention of Cruelty to Animals and asked for help. Cupcake owners were traced through her microcip.

“We looked everywhere for her,” said Julie Baggott, Cupcake’s owner. She felt terrible about what happened with her cat. Cupcake needs some treatments but she will completely recover fast.