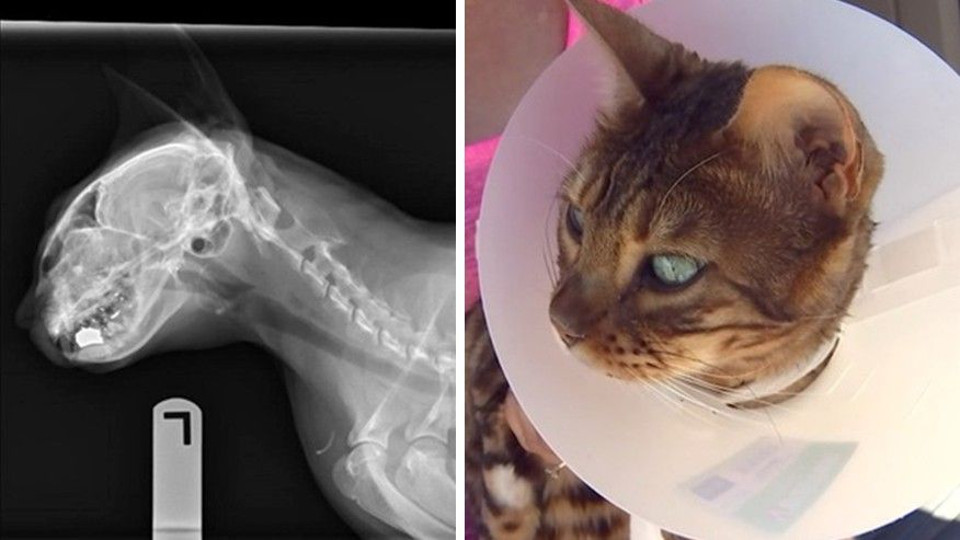 Oronoco resident Desirae Pegram’s cat, Two, was found shot through the head… A friend of the family found the cat shot near the main city park after it had gotten loose.

The cat survived the shot that narrowly missed an artery and his brain. The bullet lodged in a cheekbone instead of going all the way through.

The vet that examined the cat said that he is in good condition and will be operated to remove the bullet from her face. “We’re not sure what kind of bullet at this point until we can do the surgery and remove it, but I’d say it’s a very lucky scenario based on where the wound is,” said Dr. Nate Eversman of Plainview Vet Clinic.