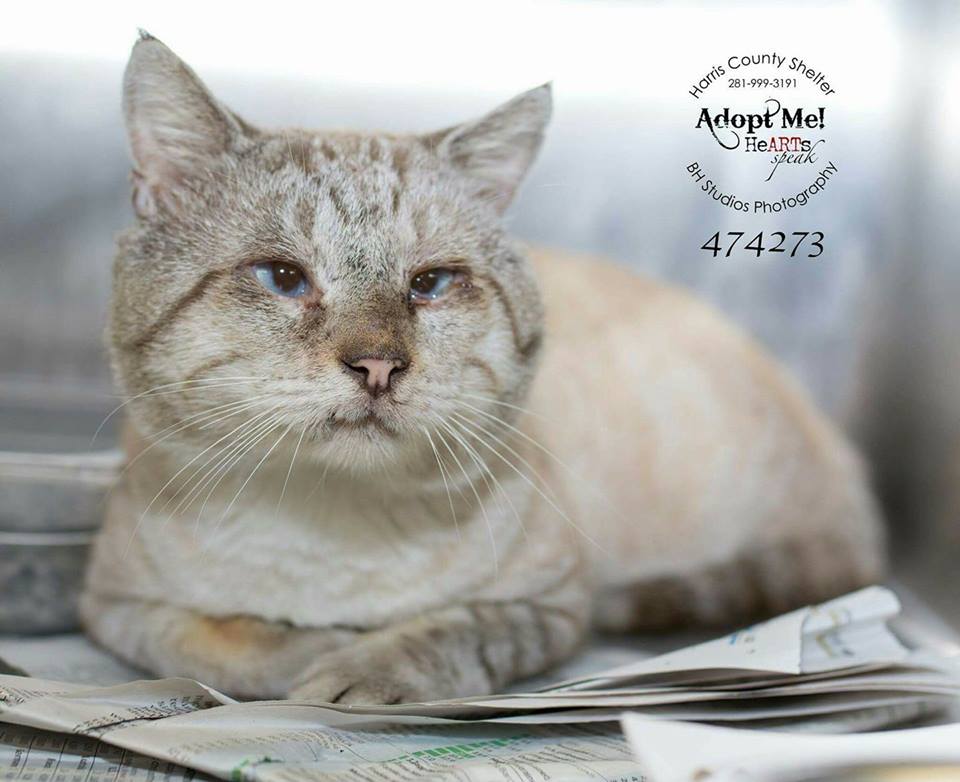 Many shelters (both “Kill” and “No-Kill”) routinely “euthanize” all cats who test positive for FIV antibodies, Fiv+ cats. Latest research proved that FIV cats live long, healthy, normal lives with no symptoms at all.

Lambert is a 2 1/2 year old cat who ended up in a high-kill shelter where his fate became uncertain because he is Fiv+. The team from Save A Purrfect Cat Rescue found out about Lambert and went to rescue him. They pulled him out of that shelter and they welcomed him with so much love!

Lambert lived for a while with a foster family but his story went viral on Internet and it didn’t last long for him to find a forever loving family!

“Lambert update! He’s already making himself comfortable in his new home, hanging out with his new cat dad and doing plenty of purring and chirping!” they wrote.