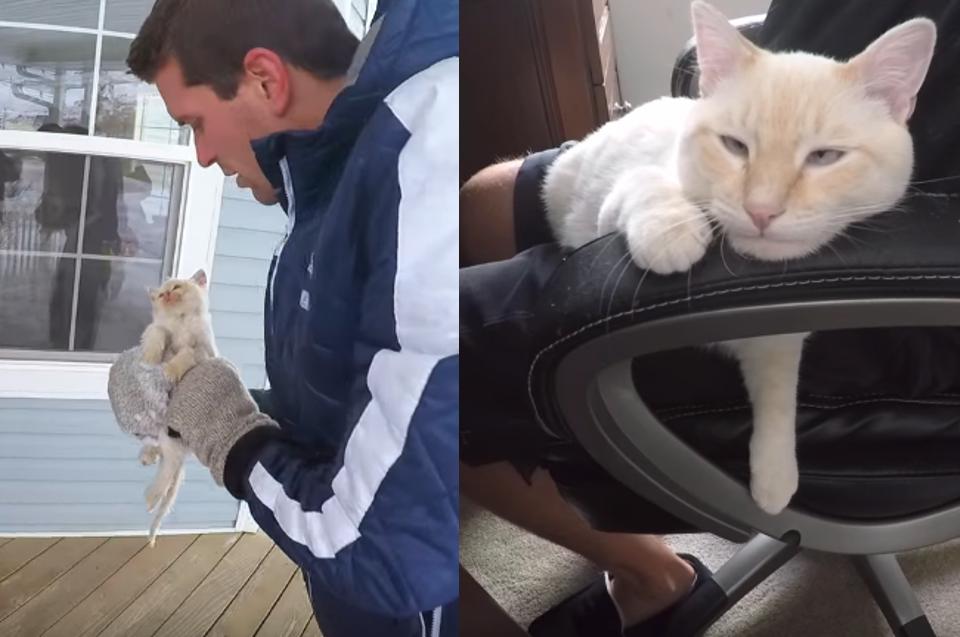 On a cold Thanksgiving morning, Branden Bingham and his family stumbled upon a seemingly frozen kitten buried in the snow.

In an attempt to save his life, they rushed inside and began performing CPR on the lifeless cat. They refused to give up so they performed CPR on the kitty for more than an hour until he started to show signs of life and opened his eyes.

“I thought myself we have just witnessed a miracle.” one of the rescuers said.

The little guy got a loving home and he is doing really well. Watch his amazing rescue in the video below!

It’s been more then a year since the tiny frozen kitten was rescued. He was named Lazarus and he is having a wonderful life with his rescuers who decided to keep him forever!

Now Lazarus is friend with the snow!

“Thanksgiving will always be special to me. More than a holiday. More than a feast. It will be the day I was reborn, given another life, and shown love and kindness like I had never seen before. A love and kindness that is much needed and much desired in the world. On Thanksgiving I will forever be thankful for those who took me in, who gave me shelter, who gave me warmth, who gave me of their food and of their hearts.” is written in the description of the video posted on YouTube.