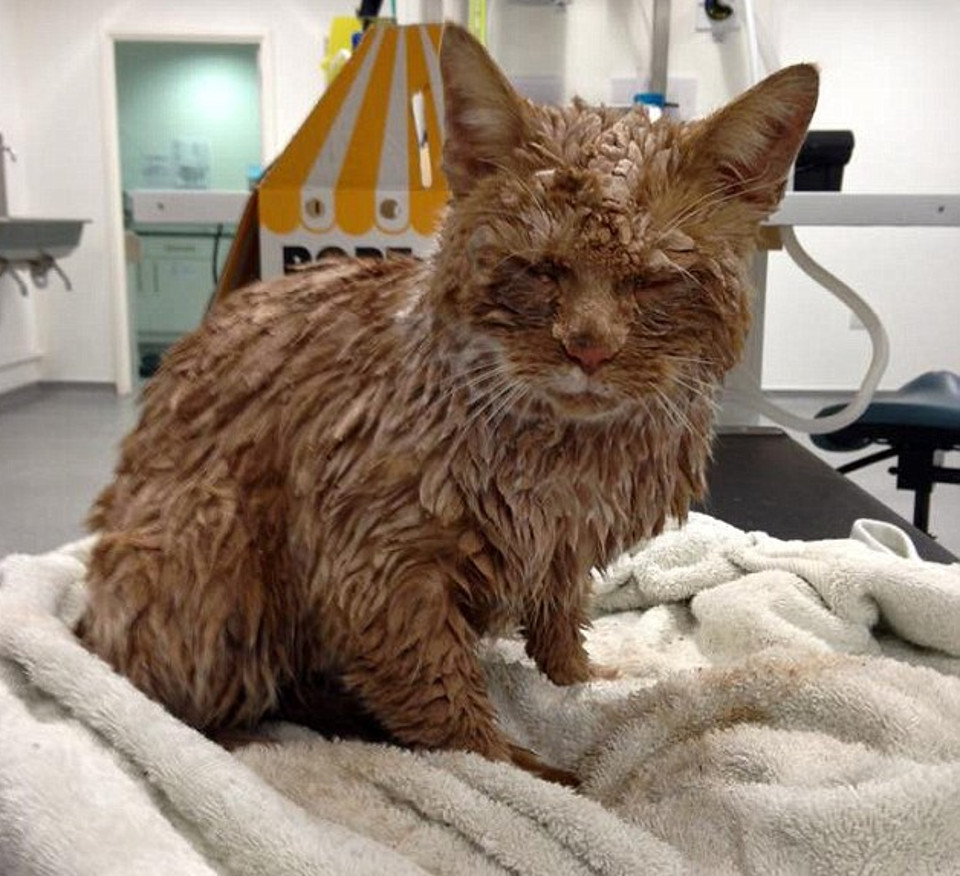 A mother-of-two was shocked to find a ginger cat huddled on her front door step, covered from head to toe in concrete.

Faye Richards, from Withywood, Bristol, Uk, didn’t even know she was looking at a cat at first but at a closer look she realized it was actually a cat that was so covered in concrete that it couldn’t even open its eyes. The concrete on its back had started to solidify but the concrete on his belly was still wet.

‘It was all over its face and it was absolutely solid. He couldn’t even move. He was crying a lot and shivering. He was really cold.” the woman said.

Faye rushed with the cat at the vet. At the vet he was shaved and had the concrete combed out of his coat.

‘The cat did not have any concrete on his paws and the pattern of the concrete on his fur looks like it was poured over him as is has moved from the top to the bottom of his body.’ the vet said.

“I don’t know if it was deliberate or not but I can’t think of anywhere round here where there is cement for him to fall into.” Faye said.

After the proper treatments and a lot of care, the ginger cat is fine and fully recovered. He was name Grant and he is now member of the family of the vet who saved his life!