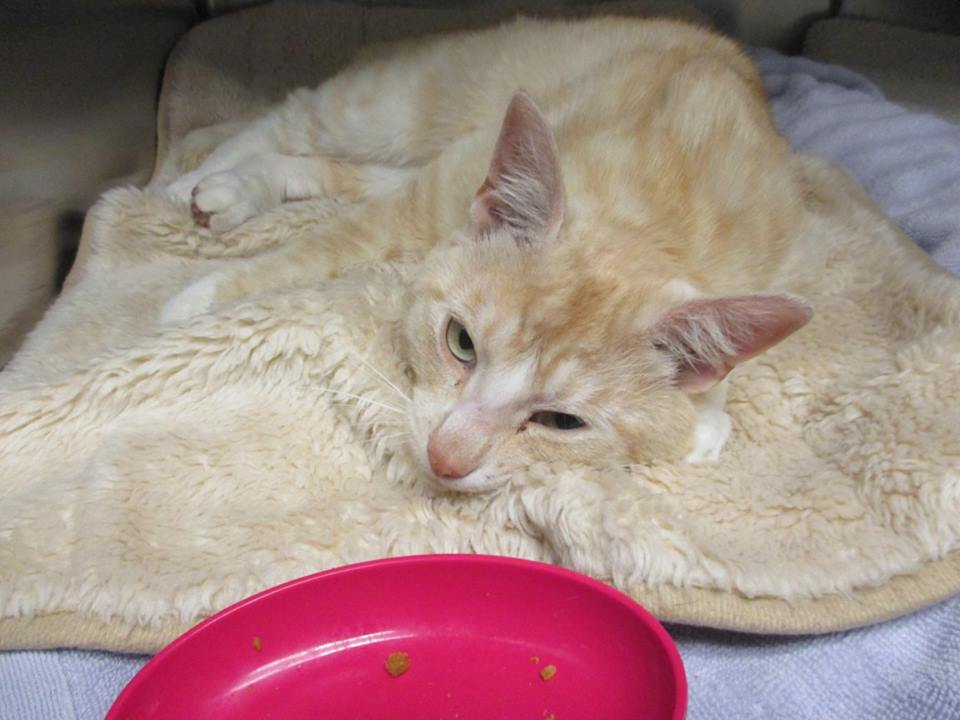 Jordan Schulz and his wife were sitting on their deck Sturgeon County neighborhood, Canada, when a ginger tabby cat limped up to them. The cat was very friendly and they thought the cat has an owner as she was not shy at all.

“It was somebody’s pet because he was super, super friendly. He was used to people and not shy at all,” they said. “Even though he should have been in distress, in pain, he was affectionate and nice.”

The couple took the cat at the vet for a check. At first glance, the cat seemed to be fine. They were shocked when they saw the X-rays showed bullet fragments mixed with pieces of shattered bone. It seems the cat was shot in her chest, the bullet went in through the cat’s chest before hitting its leg. The metal fragments were removed and they discovered the bullet had been copper-tipped that is usually used for hunting small animals. The cat had his leg amputated. He is fine, even if he is on painkillers and anti-inflammatory drugs.

“It was very disturbing,” clinic manager Debra Briton said. “It’s very upsetting to think that someone would want to injure a cat that way. Obviously, they meant business.”

The cat is now in the care of Mission Ridge Animal Hospital. “Considering what’s he’s been through, the traumatic injury, just his attitude, he is so loving and so affectionate and we really would love to give him a second chance and find a home that’s going to love him and take care of him.” clinic manager Debra Briton said.

They named him Gunther and they decided to keep the ginger kitty as a clinic cat. After one year…

“Today we are celebrating 1 year since Gunther, our beloved clinic cat, was brought to our clinic. He may be a troublemaker but we love him none the less! Here is to many more years to come!” his rescuers wrote on Facebook.