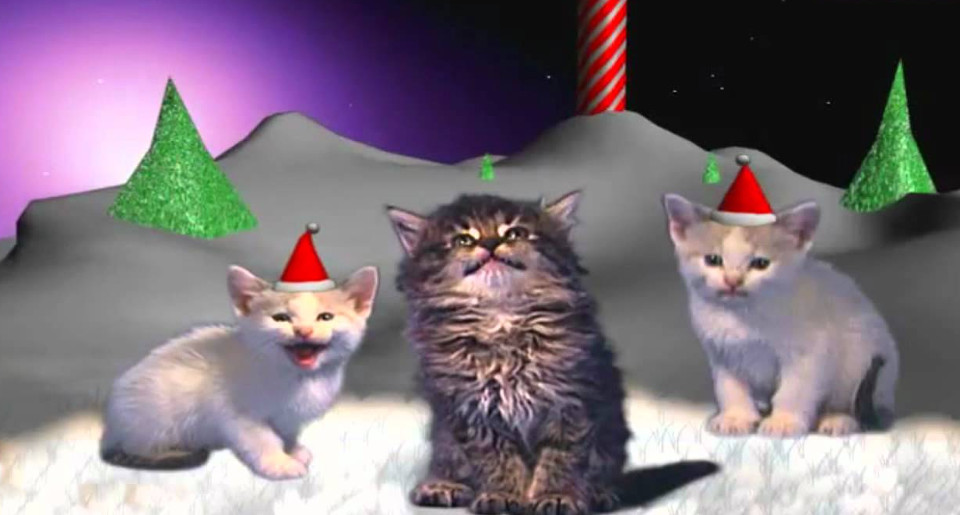 The Jingle Cats are a pop culture sensation, using nine real kittens that recorded a Billboard Top Ten Album in the 90s, and their mew-sic is still going strong!

The songs are created by Spalla who mixes animal sounds to match tones of the songs. He started with a version of “Jingle Bells” that was released to radio stations a few years before the full album came out. In all, it took more than 1,000 meows, screeches and growls to assemble 20 melodies.

In the video below each kitten meows “Silent Night,” and the result is beautiful!