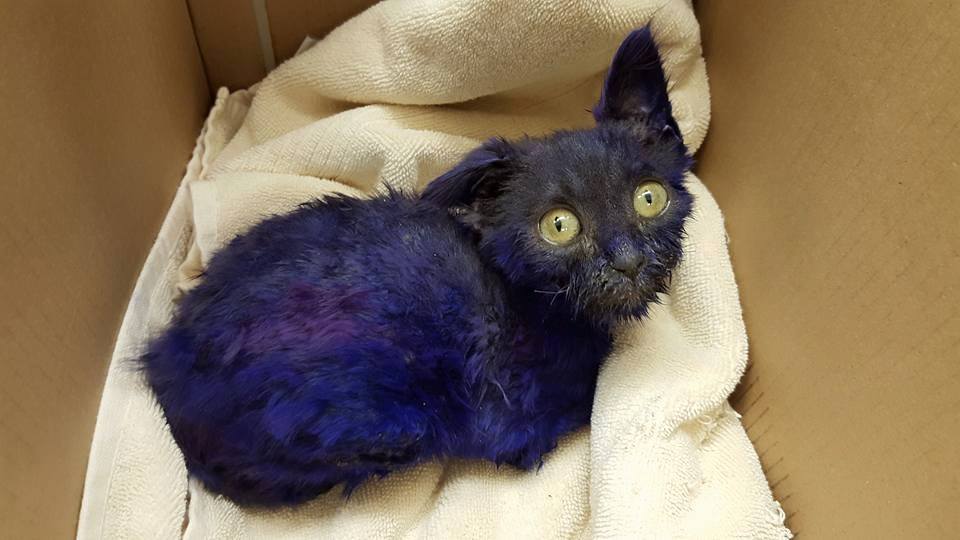 In December 2015, a small kitten was found in California stained purple with fabric dye and covered with bite marks. The poor kitten was being used as a “chew toy” for fighting dogs. He was found in a box on the side of the road running a temperature of 105. He was taken to the San Jose Animal Care Center and taken to the Nine Lives Foundation in Redwood City, California to recover.

At the shelter Smurf found a very good friend, another rescued kitty, a blind cat named Wanda. The two were adopted together.

“As the days went on, Smurf’s purple coat began to grow out into a beautiful gray – leaving behind the tragic events of the past and basking in his cozy new environment.” Today he is fully grown and he become a fluffy handsome boy! He lives a happy life with his human mom and his feline friend Wanda. Look what a fluffy boy!