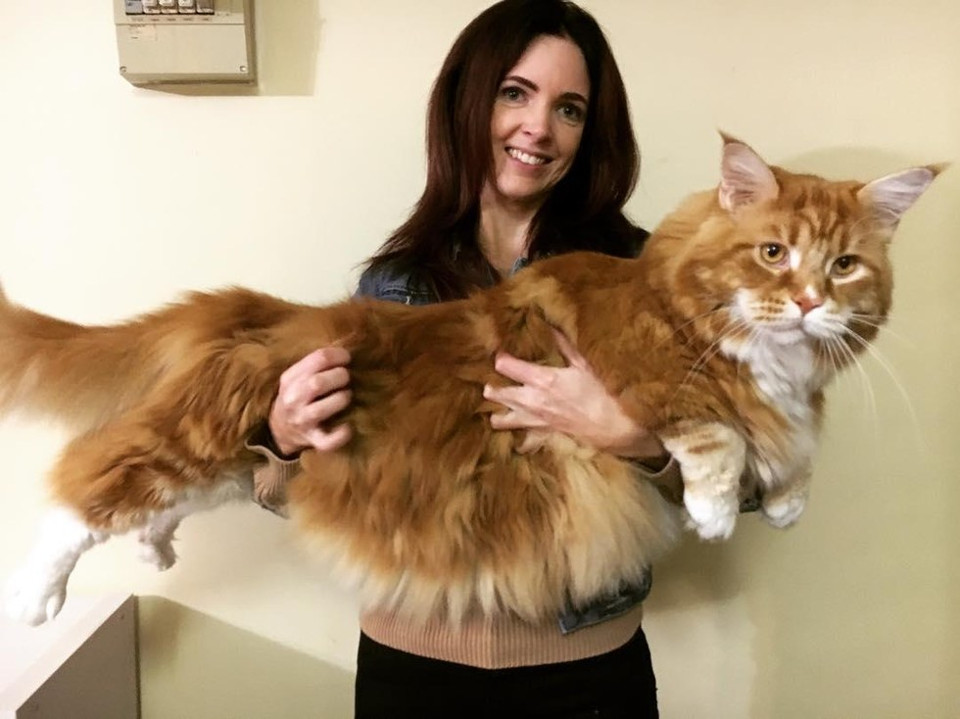 Omar is a Maine Coon cat from Melbourne, Australia. He is three times the size of a regular house cat, weighing in at 14 kg (31 lbs). Even when he was a kitten, he was already the size of an adult cat!

Stephy Hirst, Omar’s human, shared some photos of her fluffy Maine Coon on Instagram @omar_mainecoon, and in a short period of time, they attracted a lot of followers who were totally amazed by the kitty’s size.

Guinness World Records contacted Stephy, as they think that Omar may be the world’s longest cat. They haven’t visited Omar yet to give an official measurement as the big guy is still growing.

Omar shares his home with two canine friends. The two sheltie dogs appear small when they stand next to their huge feline friend.

“He sleeps on the couch… because he takes up too much room on the bed and he demands we cuddle and pet him all through the night,” Stephy said.