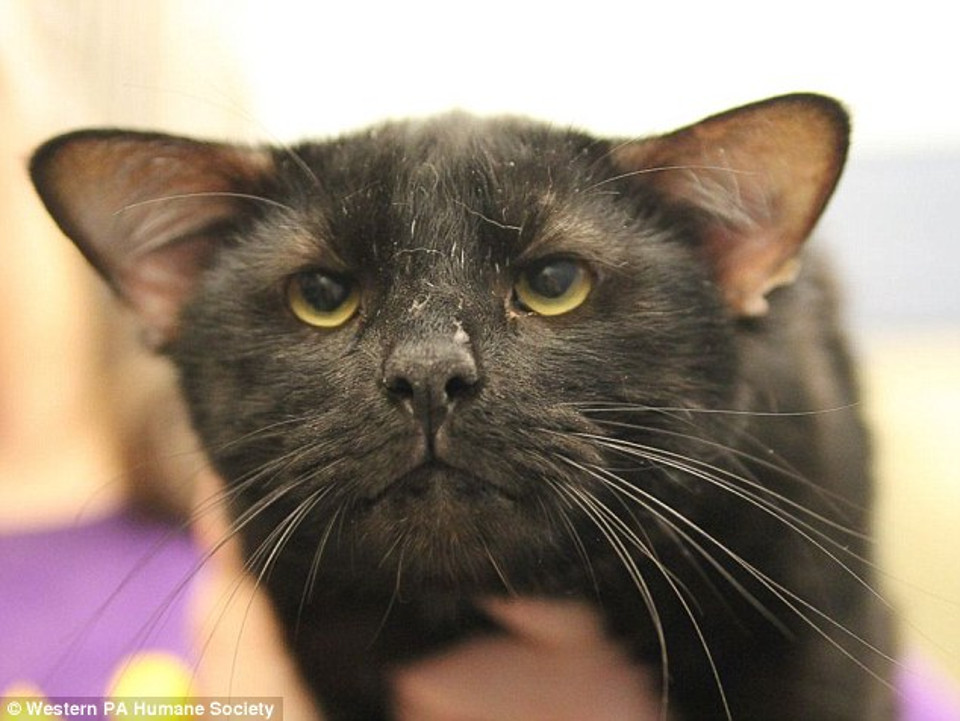 Batman is a shelter cat who was rescued by Western PA Humane Society. After they took him in the shelter to offer him a second chance, they discovered something unusual at him.

Behind his big ears, there are two smaller ears tucked right behind them! So Batman has not two, but four ears! He was born with a congenital defect that gave him an extra pair of ears. But he can hear perfectly fine!

The three-year-old cat with an extra set of ears is not the first of its kind.

The genetic mutation has been documented as far back as 1938 in Ashtabula, Ohio, with a four-eared cat named Toots.

The four-eared kitty was adopted within hours after he was put up for adoption at the Western Pennsylvania Humane Society. His adoption was unique because black cats statistically stay in shelters for a longer time. But Batman was lucky and now he is living the happy life that he deserves!