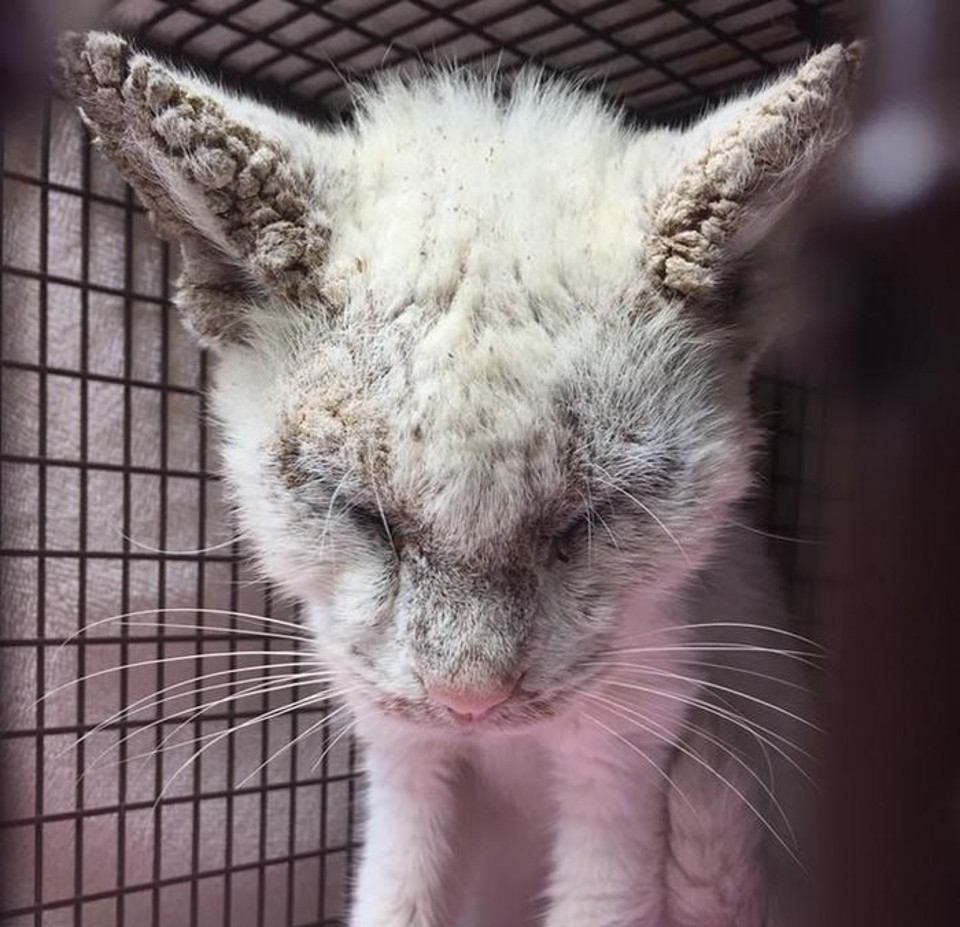 Cotton was found in Florida with his eyes stuck closed and suffering from a severe case of mange. His condition was very poor being also malnourished and dehydrated.

Some kind hearted humans found him and rushed with him at the vet. After the vet check they took him home to nurse him back to health. Cotton knew his rescuers were his friends so it wasn’t too difficult for them to to treat the mange and care for him.

When they found him found him they thought he was blind but the moment he opened his eyes they had a beautiful surprise! He wasn’t blind and his eyes are stealing hearts!

‘It was very painful to see him through the treatment but he is now a very healthy boy.’ wrote his rescuer.