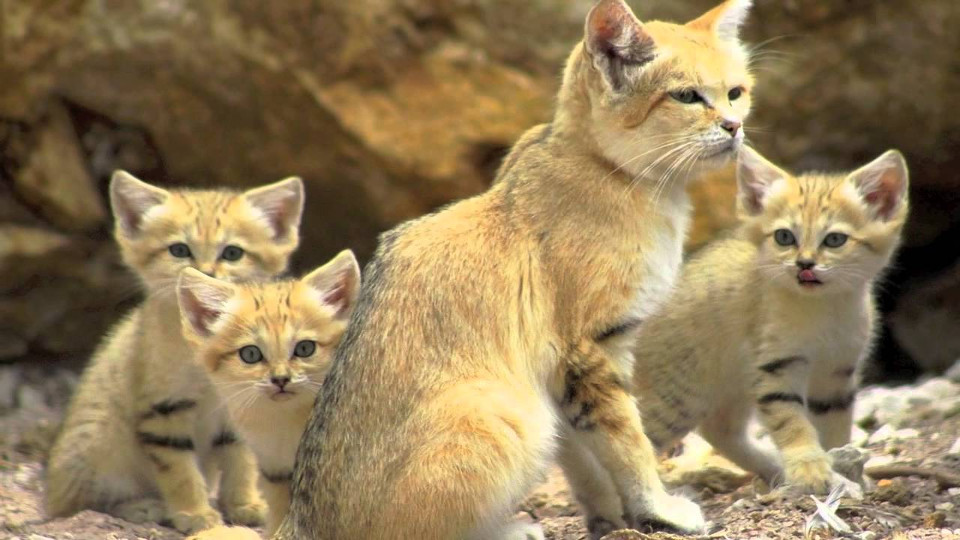 The sand cat, also known as the sand dune cat, is the only cat living foremost in true deserts. This small cat is widely distributed in the deserts of North Africa and Southwest and Central Asia. They are considered near threatened due to the illegal pet trade and sport hunting.

Sand cats retain a kitten-like appearance their whole lives, giving the impression that they never grow up. They can survive in temperatures between −5 °C (23 °F) to 52 °C (126 °F) and are able to survive for months on the water in their food. They are solitary cats spending most of the year on their own. They only pair up to mate and usually have no more than five kittens per litter. They purr and meow just like domestic cats, but they also yelp like a chihuahua.

A recent study indicated that only 61% of sand cats born in captivity live to day 30, primarily due to maternal neglect. Sand cats may be among the smallest wild cats, but they’re not cut out to be pets. They are also prone to various respiratory illnesses.