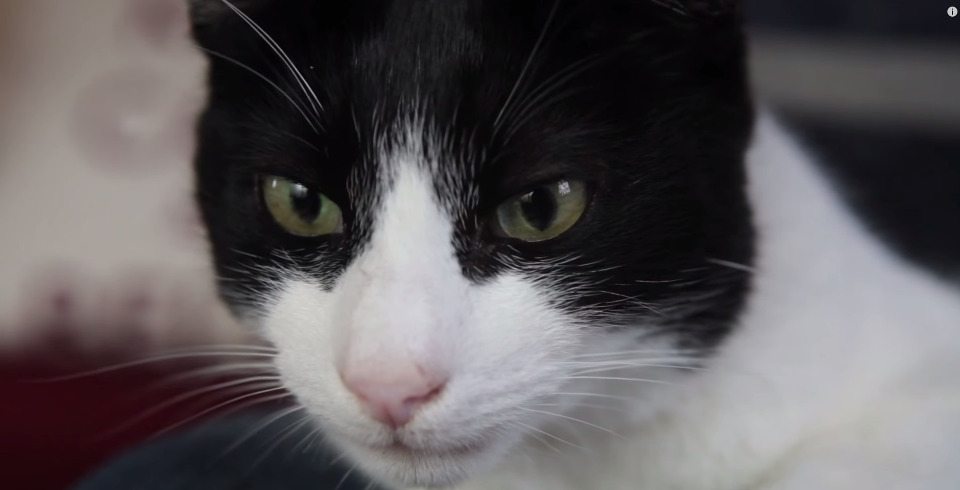 Merlin, aged 13, is a rescued cat from Torquay, Devon (UK). He was adopted from an animal rescue centre in nearby Kingskerswell by his owner Tracy Westwood and her daughter Alice.

Melin was confirmed as having the world record for Loudest purr by a domestic cat! He was crowned king of the purrs during recent filming of the Channel 5 TV show, ‘Cats Make You Laugh Out Loud 2’.

According to Guinness World Records, Merlin registered a purr measuring 67.8 decibels, beating the previous record of 67.68 decibels set in 2011 by Smokey – another British cat.

“Occasionally when he’s really loud I have to repeat myself. When you’re watching films you have to turn the telly up or put him out of the room, if he’s eating he’ll purr loudly. I can hear him when I’m drying my hair.” “If he’s cleaning he gets louder and sometimes if the telephone rings I do get people asking me what’s that noise in the background, I tell them it’s the cat but I don’t know if they believe me.” said Merlin’s owner.