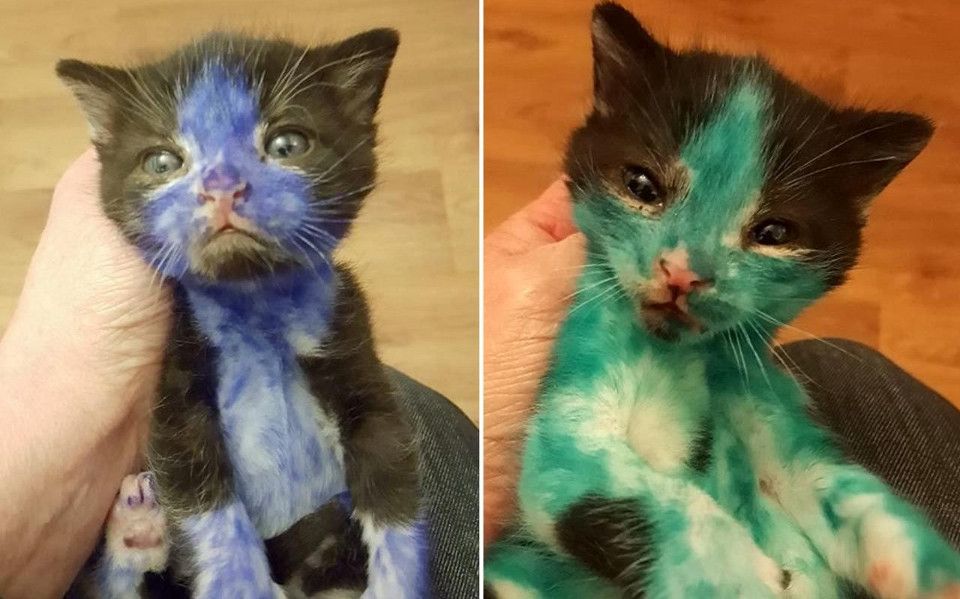 Two kittens named Smurf and Shrek were rescued in England after being found “colored in” with permanent marker. A police officer found them at a Bradford address. He contacted Bradford Cat Watch Rescue Kittens reporting a pair of blue kittens.

The kittens have been bathed several times since being inked by permanent marker pen, but it’s not easy to remove the permanent color.

“We have dealt with most situations,” said a representative of The Bradford Cat Watch Rescue Center, according to Fox 5. “But this is a first.”

‘Why would you sit and color a cat in? Both Smurf and Shrek were meticulously colored in. Smurf had a tiny white tip on the tail and even that’s been colored in with blue.’ said care co-ordinator of BCWRK, Katie Lloyd.

For more information about Smurf and Shrek please visit: bcwr-kittens.co.uk