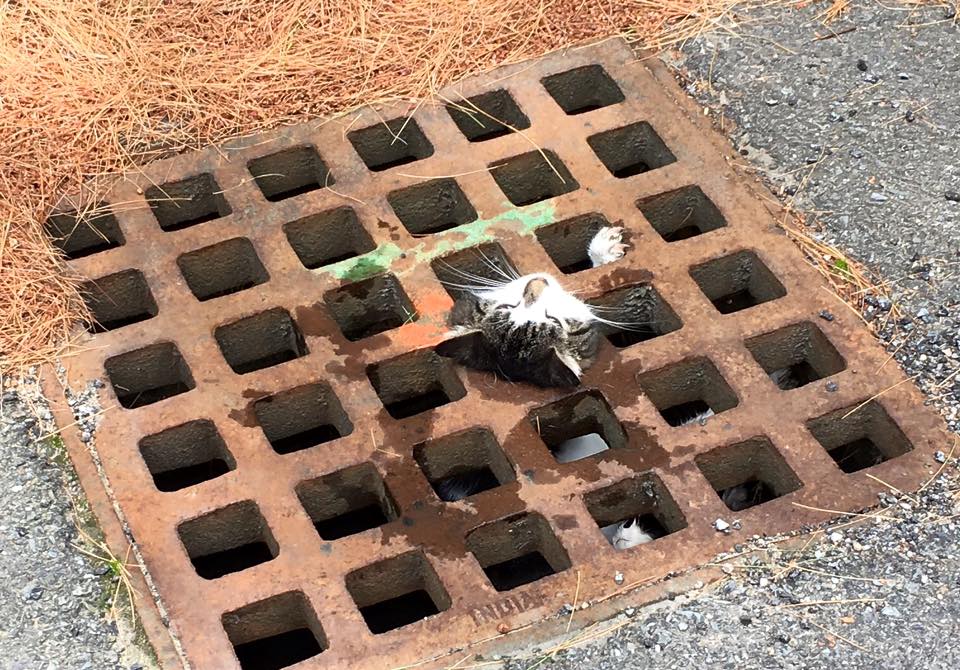 Firefighters in Massachusetts responded to a very unusual cat rescue. A one-year-old cat remained stuck in a storm drain. The worse part was that the cat was dangling below the grate, with its head stuck in one of the holes.

“When we arrived the cat was barely breathing and moving as she was hanging from the grate,” wrote Winchendon Fire Department on Facebook.