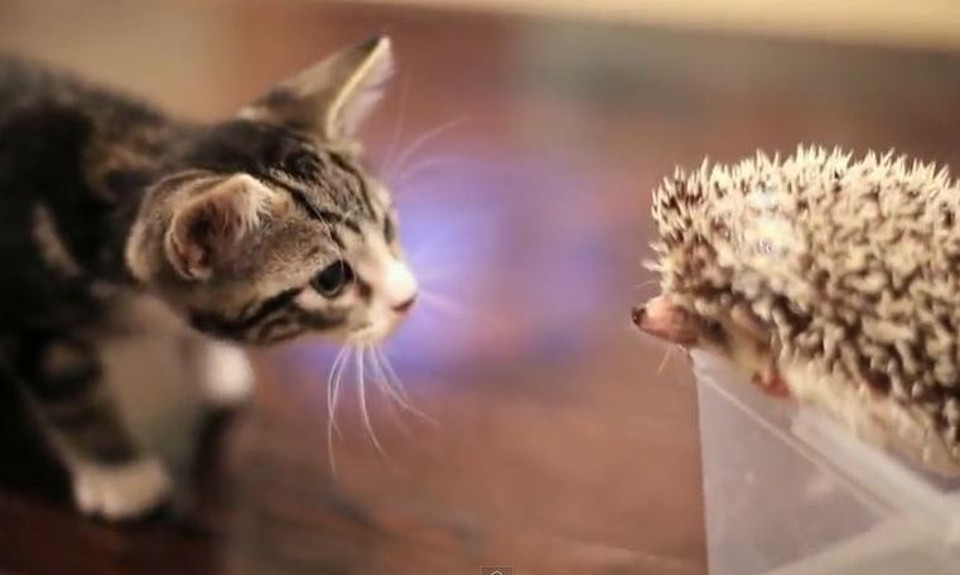 The human race could really learn so much from animals. Best friends don’t have to look anything alike to make a great team, just as many unusual animal friendships prove. All animals clearly form friendships with members of the same species, but they also became friends with members of different species, often called odd couples. As many interspecies pals prove, you don’t have to be the same size, color, or shape to share a moment of candid love and true friendship.

Videos of unlikely animal pairs romping or snuggling have become so common that some scientists started to study these odd friendships. Some species, it turns out, share abilities once considered exclusive to humans, including some emotions, tool use, counting, certain aspects of language and even a moral sense.

Who says cats can’t make friends with other species? While cats may be commonly thought of as independent creatures that only care about themselves, many cats prove that isn’t true at all. Cats all over the world proved they care about their friends that belong to other species.

Cats and hedgehogs are cute on their own, but together, they reach a new level of adorable. Harley is and African Pygmy hedgehog an such handsome fellow, and Loki is a 2.5-month old kitten.

When these two pretty boys came together to meet for the first time, their pet parents filmed the entire adorable meeting, resulting in one of the cutest videos of the Internet. Loki the kitten opens up a serious investigation into exactly what this tiny hedgehog Harley is all about.

What’s that little creature? A moving cactus? The adorable first meeting will make your heart melt! The two seem to be on their way to creating an adorable friendship! Watch their meeting in the cute video below.

Please SHARE Loki and Harley’s adorable first meeting with all of your friends and family!