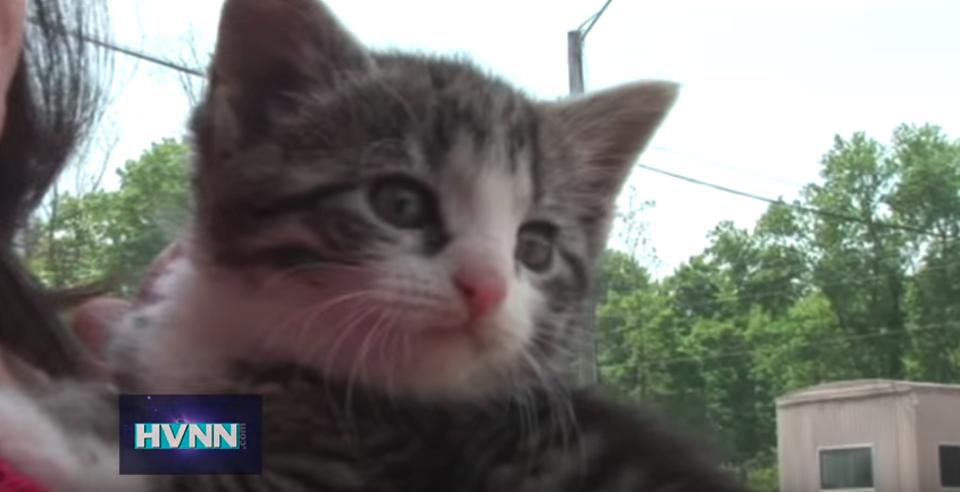 Six kittens were thrown in a dumpster and left to die in Hopewell junction, NY. The kittens are incredible lucky to be alive after everything they have been through.

The six kittens were discovered after a Royal Carting roll off container was brought back to the yard with a container filled with wood. The hydraulic system raised the container so that all of its contents could be flushed out the back. The kittens were there, between the wood, but nobody knew.

After the contents were emptied, the workers heard the kittens crying. They stared to search them carefully and they found six domestic short hair kittens only 6 weeks old. All the kittens survived, only one of them suffered with a broken front paw.

The good news is that all the kittens were adopted. Two of the Royal Carting employees adopted three of the kittens and another woman adopted the other three.