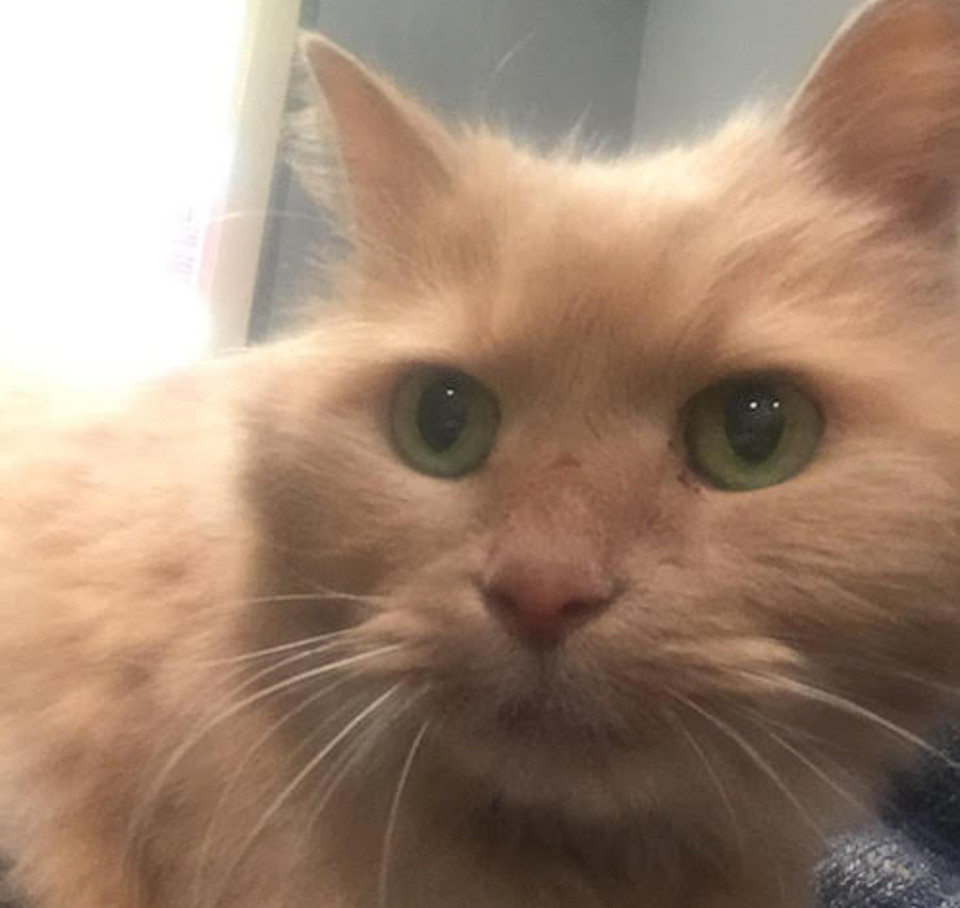 A 22-year-old woman named Madeleine decided it was time to adopt a feline friend. She took a trip to an animal shelter. She wasn’t looking for the cutest, or friendliest, or even one of the youngest cats. She wanted to adopt the least adoptable cat from the shelter.

This is how she met Chester, a 16-year-old ginger kitty who was dropped off by his owner when she went to college. He had been in the shelter for over a year, hiding in the corner of his cage.

A staff member asked Madeleine if she was sure she wanted an old cat but she responded that no animal should have to die in the shelter. So, she decided to take Chester home.

“When I got to spend time with him, we instantly bonded. Wherever I sat, he followed and hopped up on my lap…I had no idea what I was getting myself into with cats, and I didn’t care. I knew I had to have him.”

“He is the king of the household. He took about 5 hours to adjust, and now he loves it,” Madeleine told iHeartCats. “He is such a cuddler, and loves to be allowed to cuddle on laps. He loves to play with strings, and yarn. He is very curious.”

“Chester is such a sweetheart. While his face looks ‘grumpy,’ he is absolutely loyal,” she said.