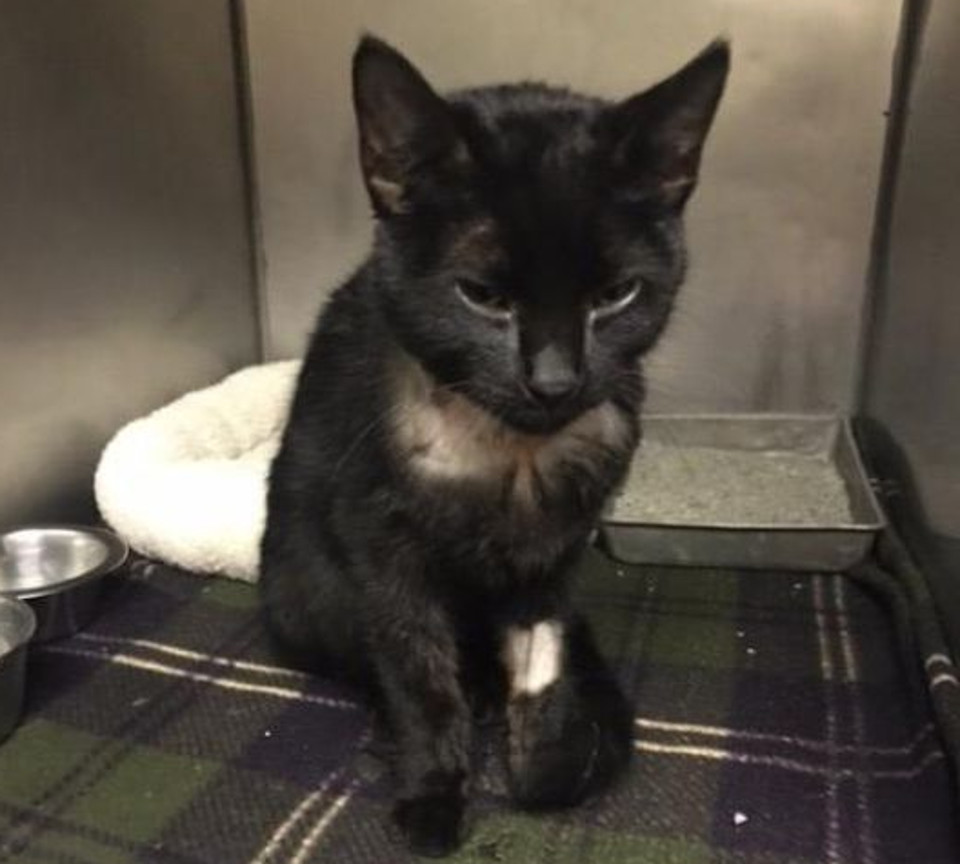 A 8-month-old black kitty was found near the Ford World Headquarters in Dearborn, Michigan, tightly tied to a bush by a rope wrapped around its neck.

Ford employees were the first to find the abandoned kitty, by following the his small yet mighty cries to the picker bush where it was tied.

They named him Mustang. The kitten was taken in the care of Friends for Animals of Metro Detroit, and he is on his way to a full recovery.

The rope used to tie Mustang to the bush was so deeply embedded in the cat’s neck that maggots were eating the raw skin around the rope, which had to be surgically removed.

An employee at the clinic where Mustang is treated decided to take him home after he is fully recuperated from his operation.