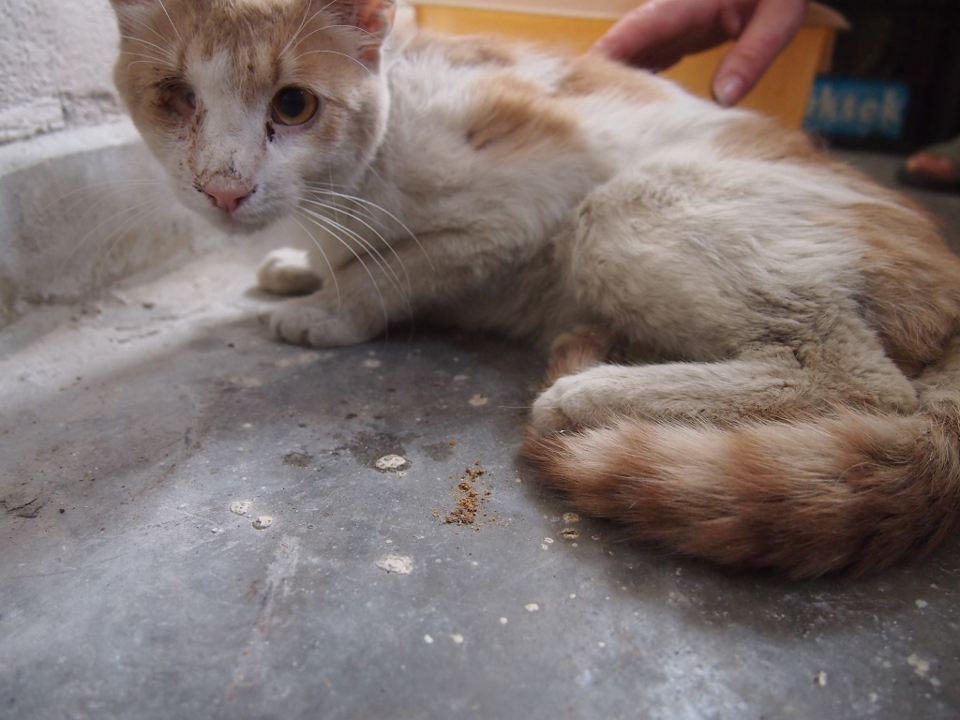 For cat lovers it’s hard to think that anyone would want to abandon adorable cats. It breaks many people’s hearts to know that hundreds of helpless cats find themselves on the street, without any food or water. When we see a happy ending rescue story, our hearts fill with joy, hope and happiness.

This is a happy ending cat story. A poor cat was found on the street, scared, extremely thin and unable to stand. Nobody knows how he got there in that condition. He was lucky to be seen by a kind person who took him immediately at the vet and than in a foster place.

He had a missing eye and an infection so he needed surgery. Someone must have abused him as he was terrified with humans. He couldn’t even look into a human’s eyes. When he first received gentle touches he couldn’t believe it. He was named “Tenshi” meaning “angel” in Japanese.

After a few days of love and good care he started to smile. He had a human friend that he trusted. After a while he met some feline friends and he was so happy about it! A couple of weeks later he is like a new cat. He is washing himself, he is playing and he is so relaxed. The fear is gone and he is so loving! He can see the beauty of life again now.

A human angel decided to adopt Tenshi so he traveled to a better life. You have to watch Tenshi’s evolution in the video below! It will give you some tears with happiness!

Please SHARE Tenshi’s wonderful story with your friends and family!