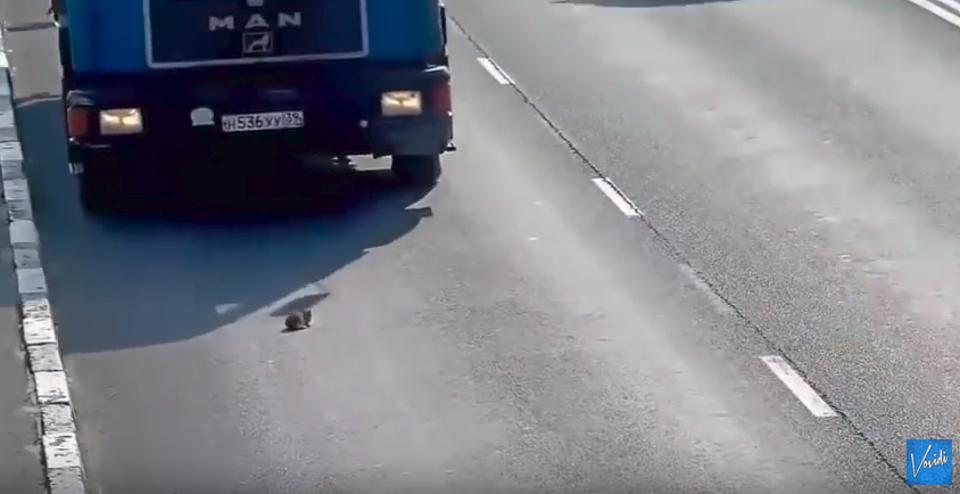 A scary footage was taken in the middle of a busy highway in Russia. A kitten was nearly run over thirteen times.

The kitten fell out the window of a speeding SUV before he found himself in the middle of the dangerous road. He was absolutely terrified in the center of the road without knowing what to do. He spent four minutes there, while cars were passing so close to him and some right over the top of him.

One kind hearted driver stopped his car and rescued the poor kitten!

‘When I touched him, he opened his eyes. As it turned out, he was so tiny he could not even feed himself.

‘I checked him quickly as I picked him up, he looked deeply shocked but all right, in that nothing was broken or badly bruised.

‘There was no blood. I drove it to the sport school which my kids attend, and there friends of ours quickly found him a new family.

Please SHARE this amazing rescue story with your friends and family!