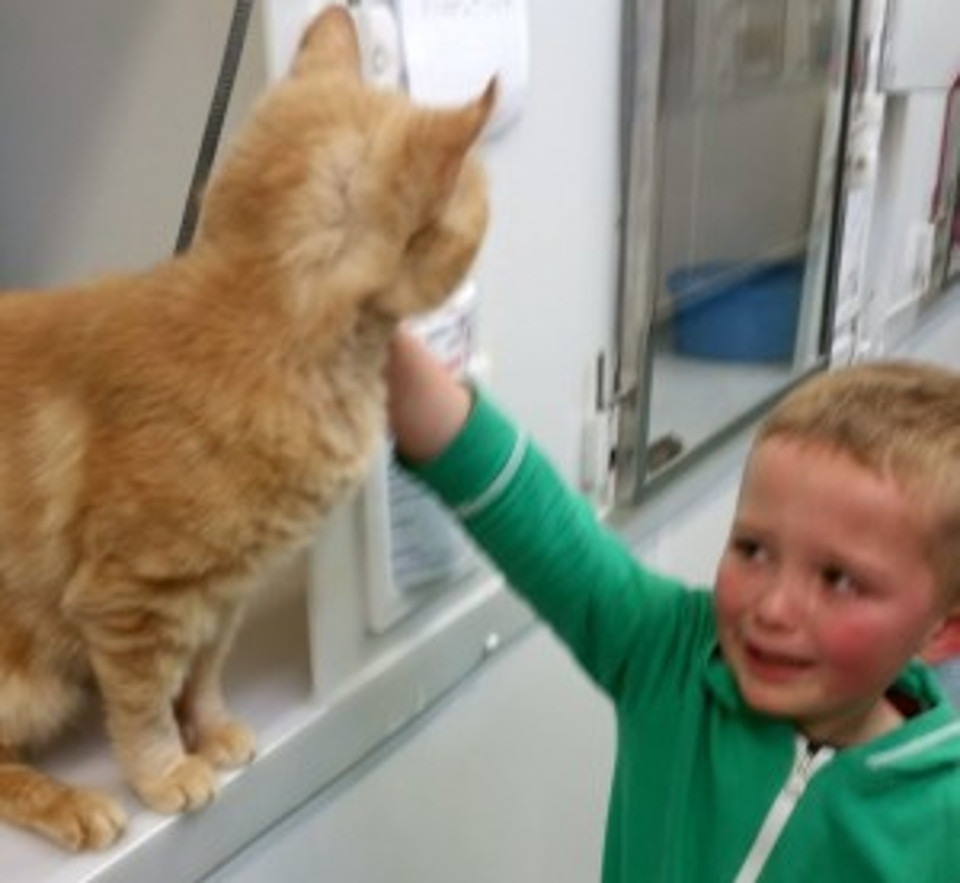 Ronnie Humber, a 5-year-old boy, shared a close bond with his feline ginger friend named Phoenix. One and half years ago Phoenix went missing. Ronnie and his brother were devastated when they couldn’t find Phoenix anywhere.

Ronnie and his family searched Phoenix in the neighborhood for months, but was nowhere to be found.

“We got told he had been taken in by an old man but we never saw him and we eventually just gave up hope finding him.”

“It came to the point a few weeks ago where we were talking about getting a kitten. The lads were really keen on the idea because they missed Pheonix so much.” told Ronnie’s mom.

They went to a cat shelter to adopt a kitten. At the shelter, they spotted Phoenix in one of the enclosures!

“It was amazing and the children were so pleased. Ronnie saw him straight away and was screaming and cheering with excitement.”

“He became such a big part of our lives and it will be amazing to welcome him back home.”

“It’s a bizarre coincidence but we’re all delighted to have Phoenix back. The boys couldn’t believe it when they saw him.”

Phoenix was brought at the rescue center as a stray. The address registered in the microchip was old, so the staff couldn’t find his family until they came there by coincidence.