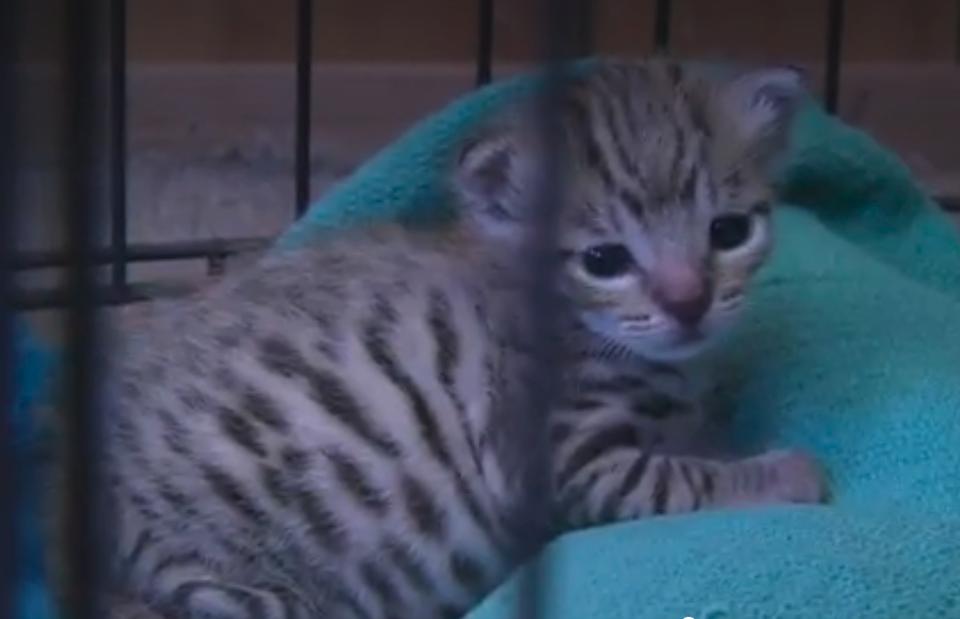 A woman found one month ago two baby kittens with their eyes sill closed in her barn in Gaston, Indiana.

Cat experts said that the kittens weren’t just regular house cats, most probable they were babies of a domesticated cat mixed with a wild cat. Unfortunately one of them didn’t make it but the other is growing and doing well!

Today the mystery has been elucidated, the kitten has been determined to be a Bengal cat mix, which is part Asian leopard cat and part domestic.

“He has grown from 2.2 ounces to 10.7 which is a tremendous gain,” “We know that there was a lady in the neighborhood where he was found that had two male Bengals,” “And she said they were escape artists. So that makes us think that they probably mated with a domestic and this is the result.” Jean Herrberg from the rescue center said.

“All of the little cats, the bobcats, the servals, the lynx, they aren’t necessarily dangerous if they’ve been raised as pets,” Herrberg said. “But the downside is once they mature they will mark everything in your house and that’s when people start getting rid of them.”