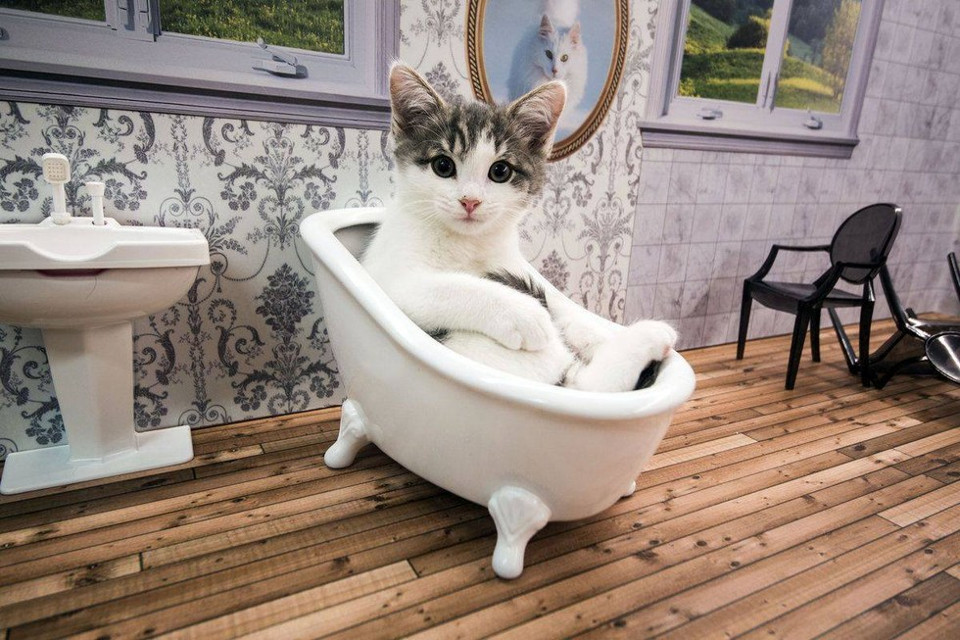 If you like reality shows and you love cats there is a new show about four kittens living together in a dollhouse!

The show is named ‘Keeping Up With The Kattarshians’ and featured at first four cute kittens: Guðni, Ronja, Briet and Stubbur. All four of the kittens were found abandoned in a factory and rescued by a cat shelter in Iceland. The kittens were all up for adoption until recently, when they met their new loving families.

After the four kittens were adopted by Icelandic families, new kittens moved into the house.

The Icelandic Cat Protection Society is working with two Icelandic production companies to make this show a reality and to help this way to promote rescue and adoption.

You can watch the live show here: nutiminn.is.

Check out this video about the show: