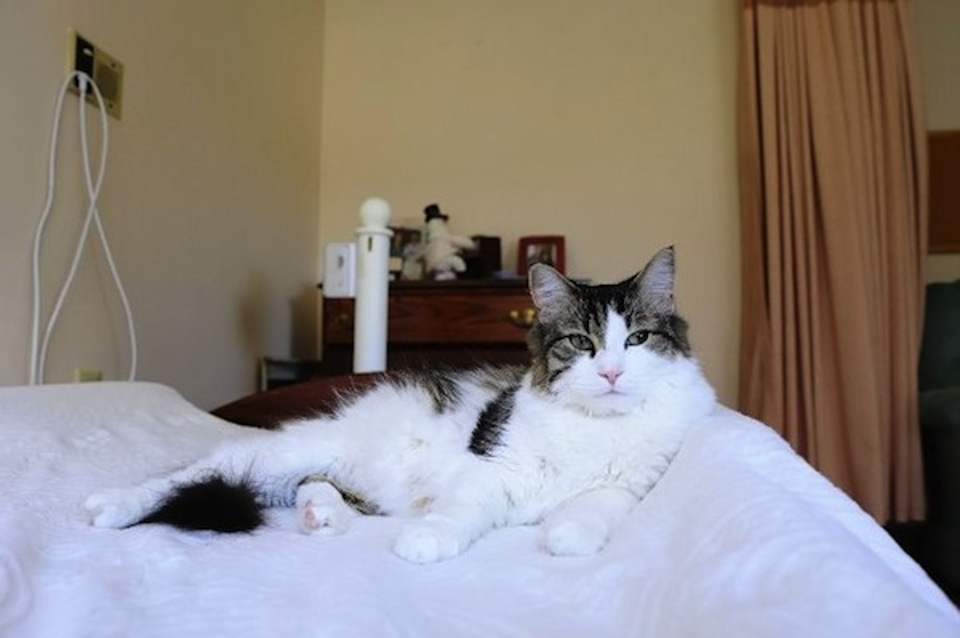 Oscar is a ten years old kitty who cat is living in a nursing home. Oscar has been comforting patients in their dying days at Steere House Nursing centre since he was a kitten.

Oscar spends his days roaming the halls of Steere House and is described by nurses as being notoriously anti-social. The only people the miracle kitty cuddles up to are residents in their final days of life. He is believed to have predicted the deaths of 100 people at the nursing home.

It seems Oscar has a natural ability to seek out the dying people and offer them love, comfort and support. His gift was first revealed in an article in the New England Journal of Medicine in 2007.

“He only comes to the ‘end of life’ patients who are near death, I think he is attracted in some capacity to them. Dr David Dosa wrote.

“I think he probably is responding to a pheromone or a scent.”

“His mere presence at the bedside is viewed by physicians and nursing home staff as an almost absolute indicator of impending death, allowing staff members to adequately notify families.” he wrote.

“The cat was difficult to be found, unless someone was in the dying process, and then he would be very much front and center,” said Dosa. “Then he’ll be there until the very end.”

Dr. Dosa wrote a book about Oscar, called ‘Making Rounds With Oscar: The Extraordinary Gift of an Ordinary Cat.’

Check out Oscar’s amazing story in the video below: