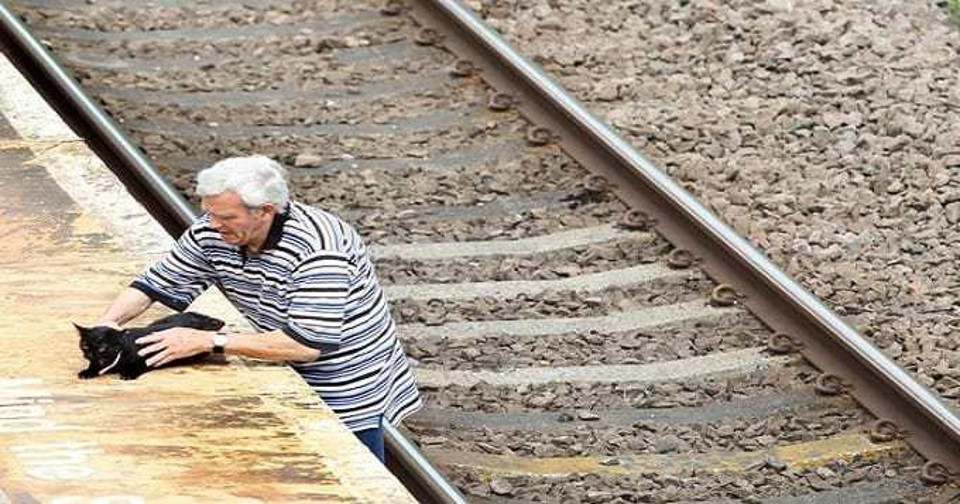 A cat was recently rescued from the railway line, in UK. Brian Ridgeway, 68, rescued the badly injured cat from a Stockport railway line shortly before the Flying Scotsman passed through.

The platform was closed to passengers at the time, but Brian was so brave and he went quickly onto the tracks to pull the cat and rescue her!

The cat had a collar with the details of her owner. They contacted the owner who quickly came to collect the cat.

“I could see the cat was badly injured. I just wanted to get it off the track, I didn’t like to see it like that. I wouldn’t like it if it was my cat.” said Brian.

It’s not yet known what happened with the cat after she was taken by her owner and if the cat survived.