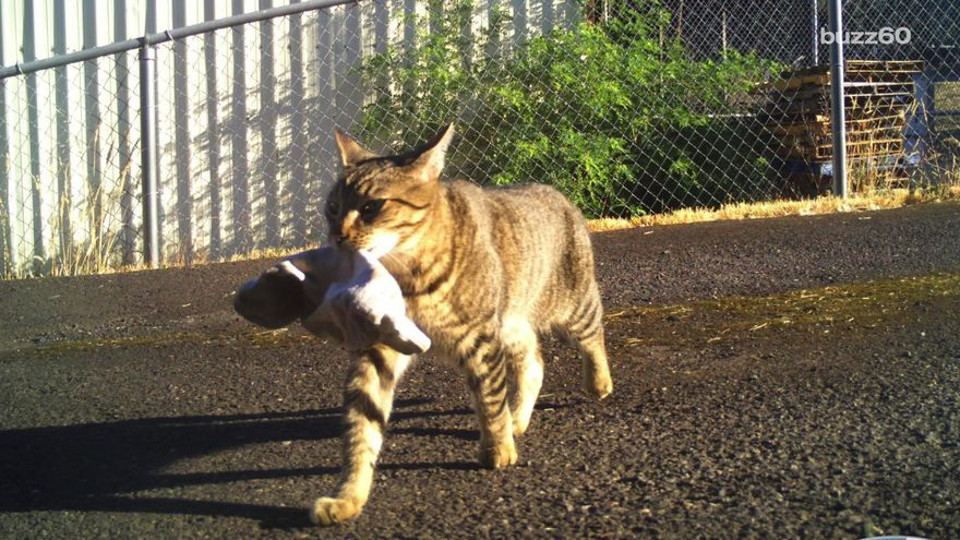 An Oregon police officer says his pet cat has brought him hundreds of stolen objects including everything from an extensive toy horse collection to a bag of weed.

Tigger the cat, who is now named the ‘Kleptokitty’ has developed a habit for stealing toys, cups, gloves, underwear, trash and recently he brought home a bag of weed. When the kitty brought the bag of marijuana, this was a big surprise for his owner!

“You can’t be doing that stuff home, that’s against the law!,” the man reportedly tried to reason with his cat.

“I go in and grab my cup of coffee and walk up to get the newspaper and see what Tigger has brought me today, that’s my morning routine,” he said.