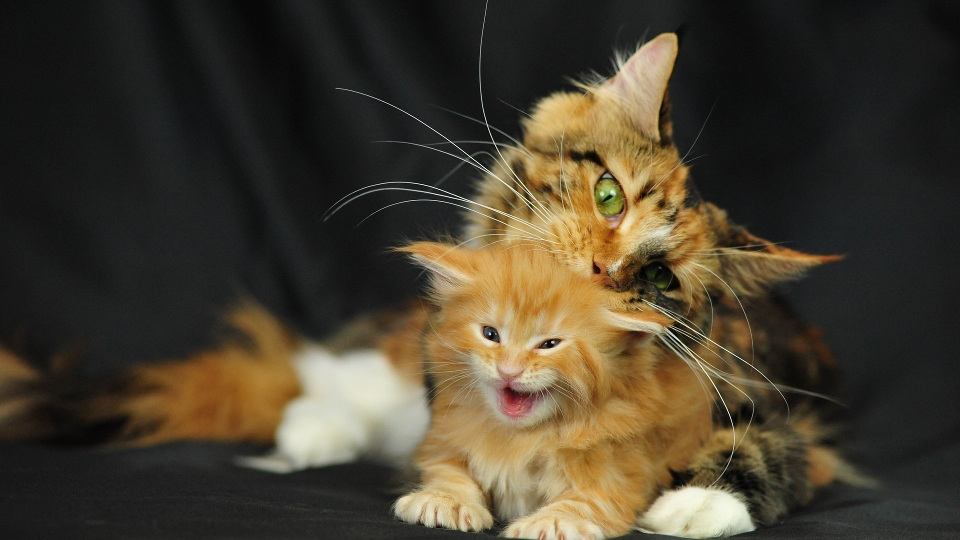 Cats are amazing and we have a lot of things to learn from them! They are intelligent and emotional creatures. It was scientifically proven that they have feelings, empathy and they can respond emotionally. There’s nothing cuter than newborn kittens. In fact, the entire birth process for felines is incredible. One of the most heartwarming things to see is a mother cat taking care and feeding her little babies. Many times shelters, abandoned kittens are sometimes put with a nursing mom who will accept and nurture the motherless babies as her own.

These amazing creatures bring so much joy into our lives. When cats have babies they are so proud and they create very special relationships with them. Most of the cats mothers accept kittens that don’t belong to them, sometimes from other species, and they love them as much as they love their own kittens.

During the first few weeks a cat mom will rarely leave her babies, between two and four weeks she will stay with them for most of the time and after four weeks she will gradually spend more time away. At some point the mother cat may even distance herself from the babies and even shun them if they get too close. This should not be viewed as hostility, but rather the mother encouraging independence in her offspring.

It’s so unconditional that you never question it. At least that’s how most parents feel about their children. In the animal kingdom it’s no different. And with cats especially it can be adorable and excellent to witness. These photos prove us that that pride, love and motherhood go hand-in in the cat world as well! Check out this list of the most adorable cats with their kittens.