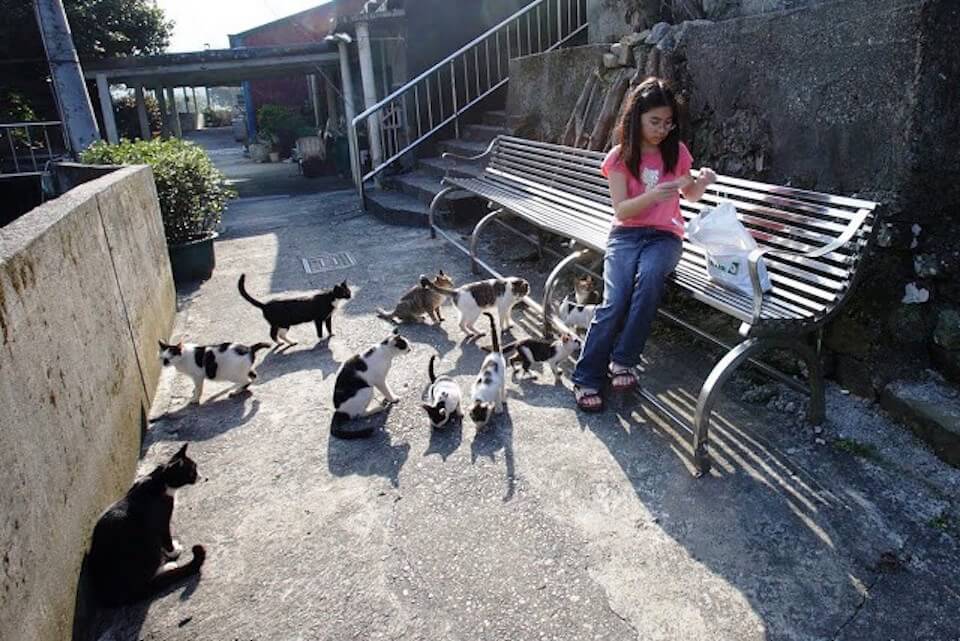 Houtong village was once a rich small mining town in Ruifang, renowned for a well-preserved culture surrounding its railway, which was built during the Japanese rule of Taiwan. In the 1990s the coal mining industry began to decline so the area also declined. Young residents started to emigrate to look for better opportunities, and only few hundred residents remained once the mining industry had died out.

The village always had a large cat population and this turned things for the better from 2008, when a local cat lover organized volunteers to start offering abandoned cats a better life. The volunteers started to post cats’ pictures online, resulting in an overwhelming response from other cat lovers around the nation.

It didn’t take long and Houtong became a center for cat lovers as word spread, and the number of cats living there increased. The village was transformed into a tourist destination. It has become a home to more than 200 cats – and a tourist spot filled with shops, cafes and restaurants.

At the moment, the cat population of the village is double that of humans, with millions of people visiting per year to come along and see the beautiful cats.

Cats spend their time roaming around the village, hanging out in a collection of cottages within the community. Volunteers help the kitties with veterinary needs, including vaccinations, spaying and neutering. Some of the cats also have microchips, despite most of them being strays.