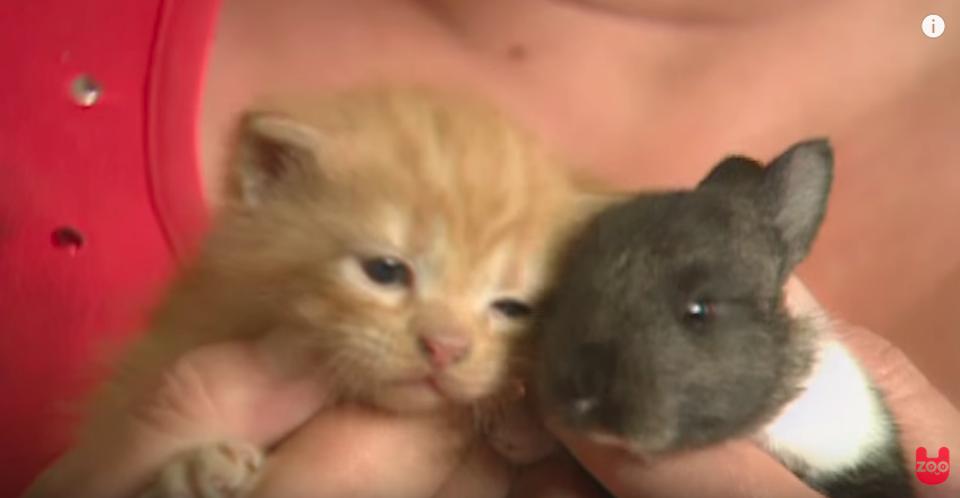 A tiny rabbit named Bubbles lost his mother when he was just a week old. He needed help so Snaggle Puss, an adorable cat, who already had a litter of kittens of her own, decided to take the little creature near her babies and to raise him as one of her own.

Snaggle Puss is very careful with the little rabbit, she feeds him and treats him with so much love! They are absolutely adorable!