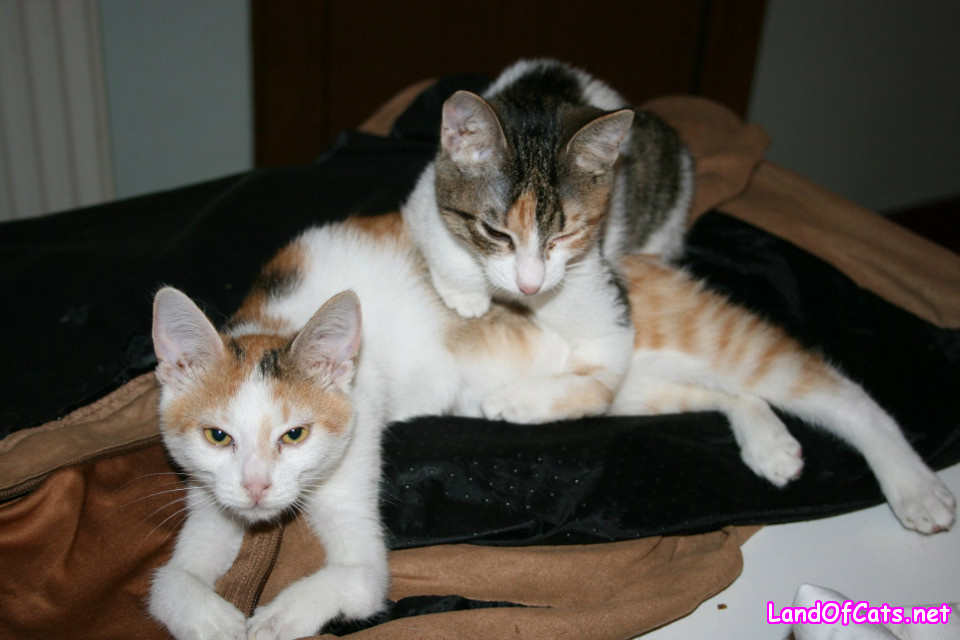 A squitten is a cat with unusually short forelegs or unusually long hind legs that resembles a squirrel. It is an example of a cat body type genetic mutation. The word squitten is a portmanteau of the words “squirrel” and “kitten”. Cats like this are also named “kangaroo cats”.

The mutation sometimes occurs in the random-breeding population, particularly in inbred populations where recessive genes may be exhibited.

Cats with radial hypoplasia often sit on their rump with their forelegs unable to touch the floor. They might need special care. Kittens can be unable to knead effectively with their short forelegs and kneading is required to stimulate milk flow in the mother. Cats with Radial Hypoplasia will adapt at their condition, they will play and run and live normal lives even if they look differently.