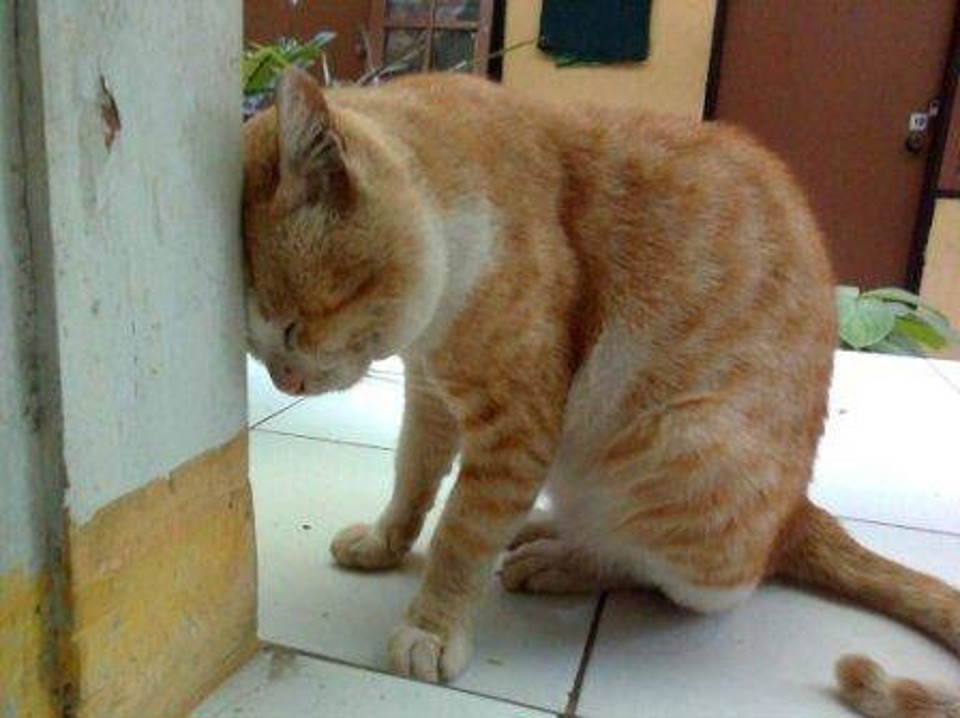 It can be hard to tell if your cat is ill because our notoriously independent furry friends tend to mask their symptoms. Cats can also hide when they’re not feeling well. That’s a trait they may have inherited from their big cat ancestors who need to lay low to avoid predators when they’re not feeling well. But many health problems are best treated when they’re caught early, which means you are your cat‘s most important health care provider. Sometimes our cats might act a bit weird by pressing their heads against a wall. Head pressing is a strange condition that any cat can develop and it’s when they start to press their heads against things for no apparent reason.

Head pressing is characterized by the compulsive act of pressing the head against a wall or other object for no apparent reason. Cats will press their head up against something, unrelaxed. Every cat owner should know his cat’s behavior and when to have cause for concern.

This generally indicates damage to the nervous system, which may result from a number of varying causes, including prosencephalon disease (in which the forebrain and thalamus parts of the brain are damaged), or toxic poisoning.

Other causes of head pressing includes: Hydrocephalus (water on the brain), tumors in the brain, strokes or vascular accidents in the brain, head trauma, inflammatory and infectious types of meningitis and encephalitis, any kind of trauma to the head or brain can potentially cause head pressing.

When cats are sleeping relaxed, there is likely no cause for concern. If they are awake and sitting or standing with their head against a wall (or other object) then they must see a vet asap.

This is something every cat parent should know about! Recognizing head pressing behavior in your cats could save their lives!