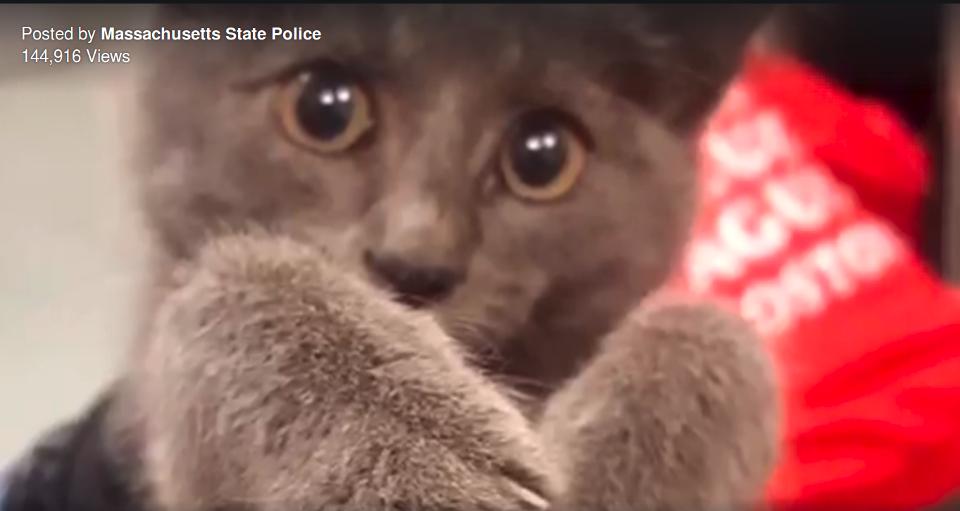 Traffic had to be shut down Sunday after a kitten found her way onto a busy Boston highway.

The kitten wanted to play “hide and seek” as she popped in and out of a drain on the Route 90 Connector Tunnel. Some drivers called authorities to help the cute little kitty.

“Today, this little gal decided to play a little hide and seek in the Route 90 Connector Tunnel in Boston. Multiple calls were received about her walking around in the tunnel.” Massachusetts State Police wrote on Facebook.

When police arrived with the Animal Rescue League of Boston, they had to shut down traffic to catch the kitten and take her to safety.

“This little kitten looks like she has been through a lot, as she has lost quite a bit of fur on her tail from some sort of burn. Her prognosis is good however, and she will be up for adoption soon, when she is medically cleared.”