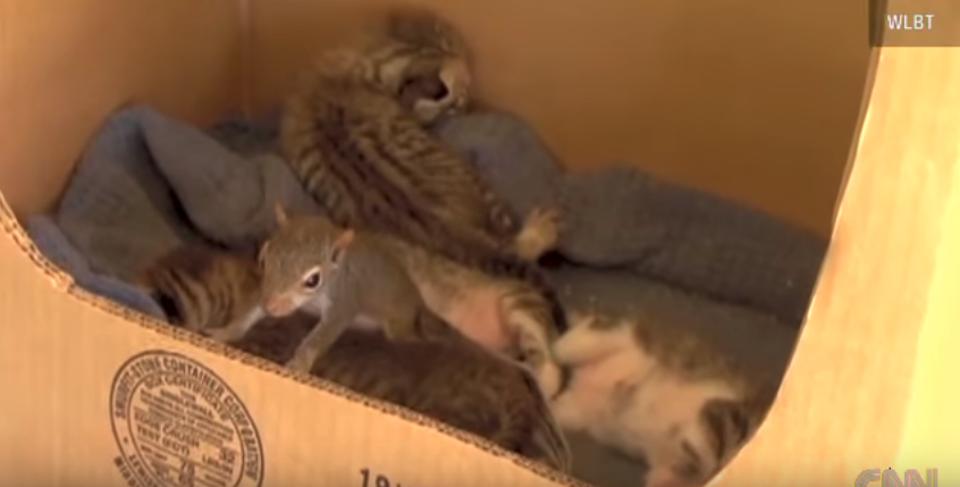 Jim and Karen Watkins are helping the stray animals in their corner of the world. They are fostering cats in need.

At the moment they have 18 cats in foster. When they didn’t expect to take in more animals, Jim found an orphan baby squirrel who had absolutely no chance to survive alone. He fell out of a tree and was too young survive.

Jim and Karen had a cat mom named Emmy and Karen come with the idea to put the newborn squirrel near Emmy and her kittens. The cat adopted the little one immediately and she started to treat him like one of her own. She even nursed her near her kittens.

The couple decided to keep Emmy and also the little squirrel, now named Rocky, as she could never rejoin the wild. Another amazing thing is that Rocky learned how to purr from his cat mama!