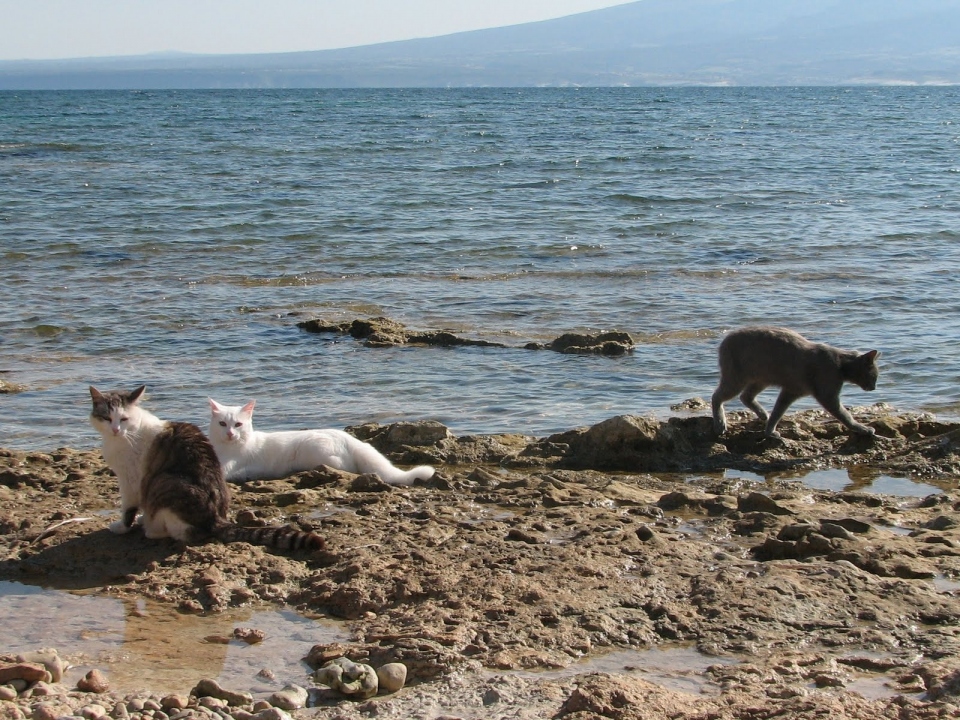 In Sardinia, Italy, there is a tiny beautiful seaside village called Su Pallosu that became famous and a tourist attraction because of a colony of cats that lives there!

Su Pallosu is an amazing place: cats, rocky beaches, turquoise waters, graceful flamingos and loud seagulls. Cats have existed in Su Pallosu for over a century. In 2007 two volunteers, Andrea and Irina, decided to take care of the feline residents. They made arrangements with a nearby veterinary clinic and established an official cat colony. Since than, they sterilized the cats and are taking care with them.

At the moment around 60 cats are living there. All these cats are cared by the local not-for-profit organisation, I Gatti di Su Pallosu.

Cats ate walking free and playing on the sandy beaches, they enjoy the water while visitors are free to pet them.

The tours there are free but they recommend booking at least a week in advance. The organisation received the TripAdvisor Certificate of Excellence because of the five-star reviews on the site that were given by visitors.