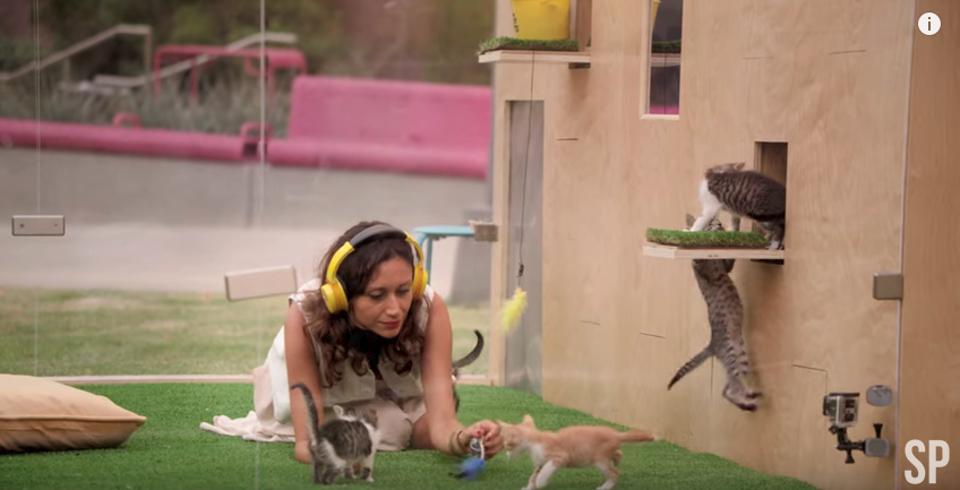 Sometimes life can be stressful and in those moments we might just need a lift. The secret from stress relief has been discovered! Strangers off the street in Los Angeles were asked about their stress levels and were invited to step inside a big glass “therapy” office, where they were surprised with kitten playtime!


The patients allowed to test out the kitten therapy box were unaware what they’d be getting into when they entered the glass box. They listened to a guided meditation for a few moments. After they opened their eyes they discovered that the box was now filled with kittens. What a surprise!

“You can’t be stressed out after sitting in a box full of kittens.”, said one of the patients.

“Kitten Therapy” was created by Soul Pancake (the agency co-founded by actor Rainn Wilson) and Purina Tidy Cats. VideoInk says the kitten box was set up near a Los Angeles courthouse, and the cats were from a local shelter and they were accompanied by a trainer.