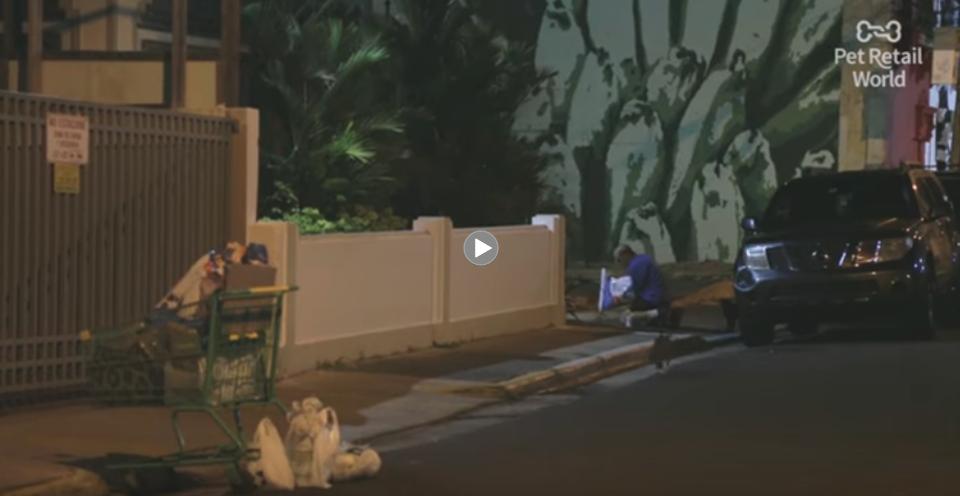 Meet Glen Venezio, Puerto Rico’s “Catman”. Glen feeds and takes care of over 250 cats, and some dogs, in his neighborhood in San Juan, Puerto Rico. Glen Venezio, originally from New Jersey and New York City (USA), has been living in San Juan, Puerto Rico since 2006. Shortly after his arrival there, he began doing his part to aid and feed some of the estimated 1 million cats and dogs on the streets and beaches of the island. When he first came to Puerto Rico and saw the hundreds and hundreds of suffering dogs and cats everywhere in the streets, he knew they needed him. This was how it all started.

“Once you get involved it is difficult to close your eyes and ignore the situation. Cats are mostly hated by the local people, so this is not only a ‘TNR project’ as it would be in the States, it is way beyond that, it is a way of modeling love and compassion for these creatures that are seen here as the lowest of the low.”

“I started little by little, just feeding them”. “People abandon cats and dogs into the streets all the time. If The people see someone doing what I do in an area then they will dump more and more animals”. Glen said.

He covers a Ten Block radius during his nightly travels between the hours of 1.30AM and 6.30AM. Throughout his ten years of feeding and working to spay/neuter strays Glen has NEVER missed one day, rain or shine. Approximately 230 cats are being cared for at the moment.

Due to the dangerous nature of the work he does, Wilfredo, a Police officer travels with Glen on most nights for protection.

“Is time for people to learn that this is a planet and an environment that we share with other species.” Glen said.