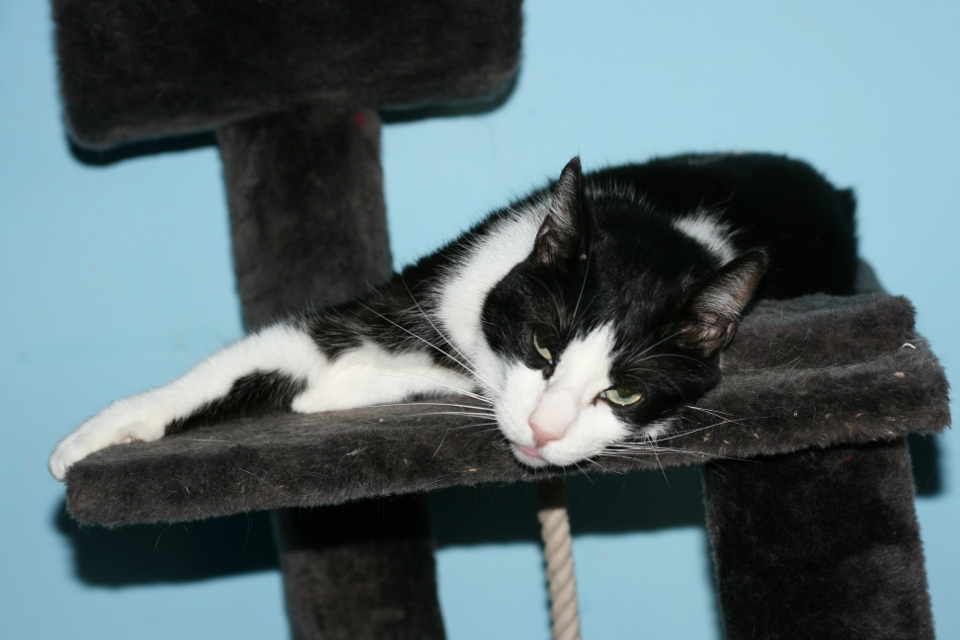 When cats experiences the loss of a human companion, they often react with anxiety and sometimes with depression. Change is not easy for cats and they need to be treated with so much love to recover.

Bundy is a cat who lost his dear human who rescued him when he was a kitten. The two had a very strong connection, Bundy lived many years being loved by his human who was old and passed away at one moment. Bundy was already an old cat when this happened and this wasn’t easy for him. He lost interest in food, he lost a lot of weight, his heart was broken.

People were saying that nobody would adopt an old and difficult cat as Bundy but they were so much wrong. Bundy found a new mom and he learned to love again. He received a second chance at life and now he is living happy near his new family. Even if he is old he still has so much love to give. He is still active and playing like a kitten and he enjoys every little thing in his life.

Bundy has a very important message for humans: old cats deserve a good life too!

Please SHARE Bundy’s touching story with your friends and family.