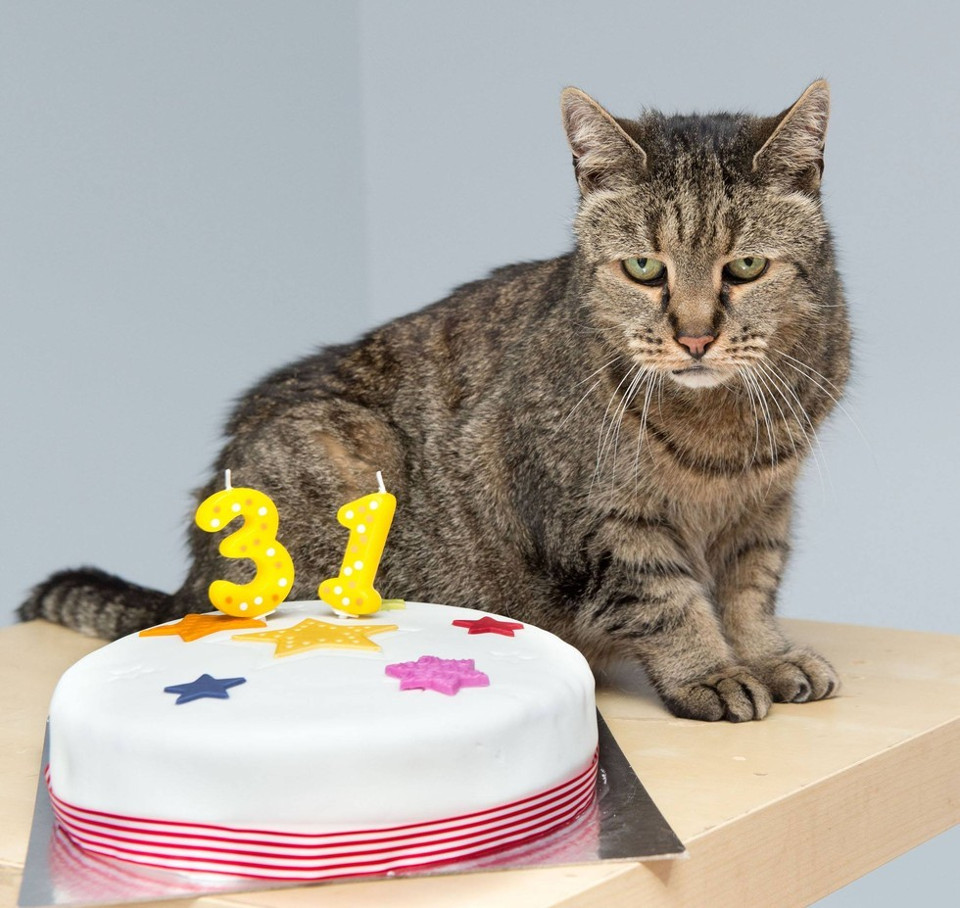 Nutmeg the cat chose his humans 26 years ago when he came in their backyard. He showed up in their garden under a wheelbarrow.

“He was very scrawny and had a lump on his neck,” his mom said. “He was checked over by the Cat Protection League, who said the condition of his teeth made him at least five years old and we have owned him for 26 years.”

“He is not our cat – we are his humans and he never lets us forget that. I think that’s the secret to his long life.”

He is described by his humans as “a lovable old grandpa with a cantankerous side” and he enjoys “eating, sleeping and causing chaos”.

Since 26 years Nutmeg in living a happy life with his loving family. At the moment he has one deaf ear and only three teeth left but in his soul he is still a kitten.

Last September Nutmeg’s family were about to lose him when suffered a seizure but he was rushed to a veterinary hospital, where he was treated by vet Laura Gillis and nursed back to health.

This June Nutmeg celebrated his 31st birthday! Nutmeg might be the oldest cat in the world as the Guinness record holder for the Oldest Living Cat is Scooter at the age of 30.