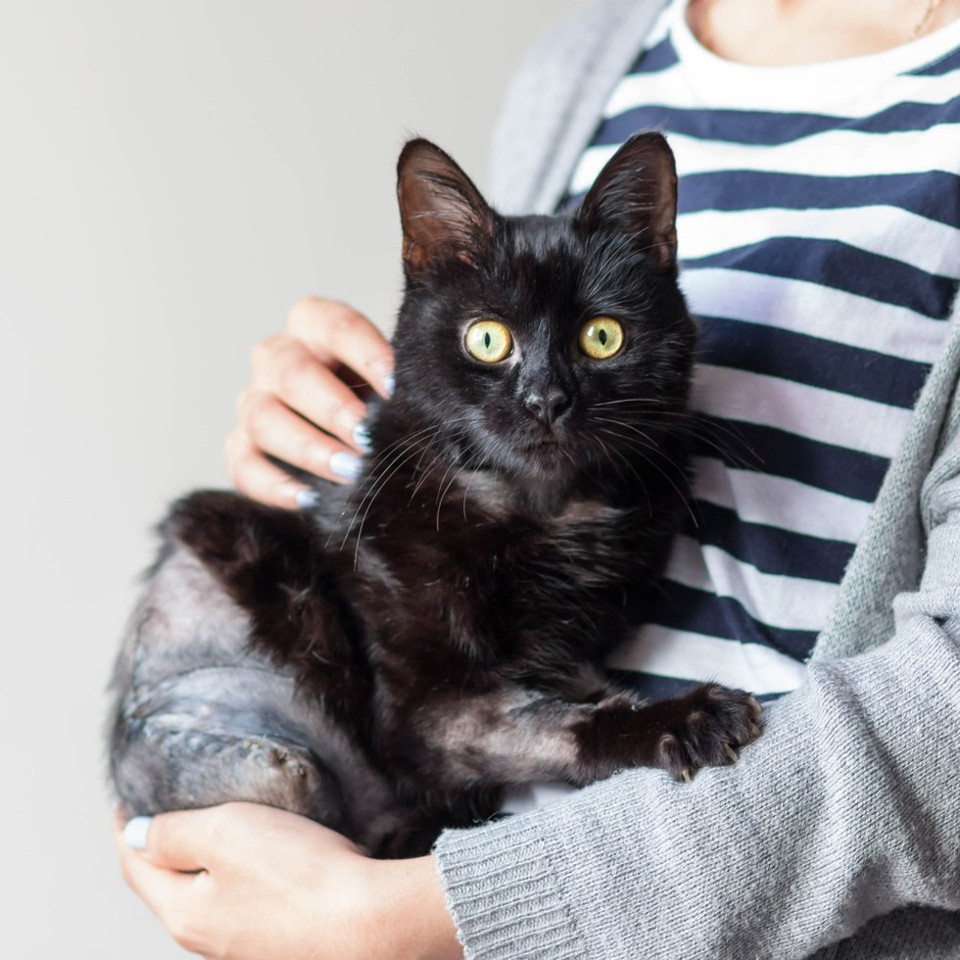 Cats are brave creatures, they are determined and they don’t give up easily and they do make miracles happen! Tuck’s injuries and his missing patches of fur tell an incredible story. This little fighter has been through hell and back, and he’s survived. Tuck was most likely abandoned while he was a kitten and he lived as a stray. Tuck was rescued after being hit by a train, which completely severed his tail and one of his back legs.

Poor kitty hit by train used all his willpower to crawl from the side of the tracks to the house across the road. There, a nice lady called RSPCA NSW for help and put a basket over his body. They came as fast as they could and and took him to a vet hospital. With vets efforts Tuck survived. His back leg and tail couldn’t be saved but he is alive because of the people who helped him.

“As you can imagine, he was in a terrible way by the time he arrived at our vet hospital. Had it not been for the tireless efforts of our vets, nurses and shelter staff, Tuck wouldn’t be with us today.” his rescuers wrote on Facebook.

Tuck is a fighter and after a long road he recovered. The only thing that he was missing was a real home.

“It’s been a long road to recovery, but Tuck is finally ready to find his forever home. He has such a kind nature and will make a wonderful companion to anyone who would consider a special cat like him.” his rescuers wrote.

It didn’t take a long time for a human to fall in love with Tuck. He was adopted and he is now the happiest kitty!

Please SHARE this amazing story with your friends and family!