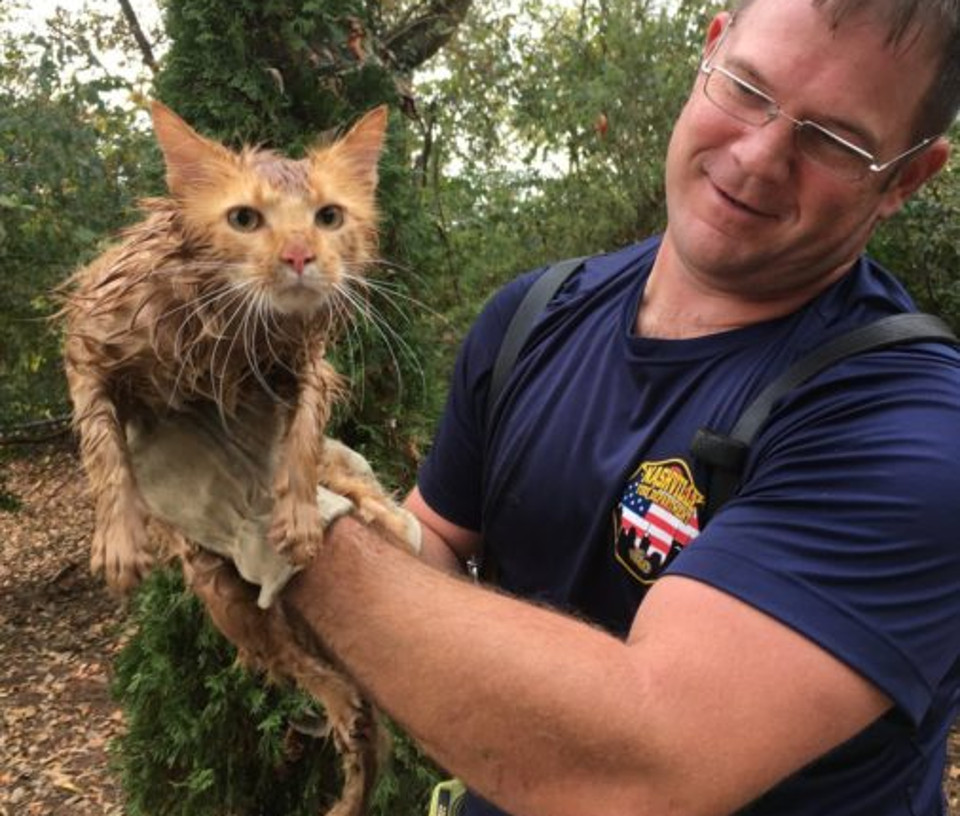 Thomas Jefferson, the orange tabby cat, jumped off the roof and landed in a storm pipe. He remained trapped inside for many hours until he was discovered.

The authorities worked for over seven hours to rescue him out of danger from the pipe. Brian Haas, a Public Information Officer for Nashville’s Fire Department, told that a neighbor first heard a cat meowing around 6 a.m., but he didn’t think that a cat was in danger. Later in the afternoon, when he heard again the cat’s meowing, he called for help.

After he was rescued, Thomas Jefferson was reunited with his owner and they were both happy to meet each other!